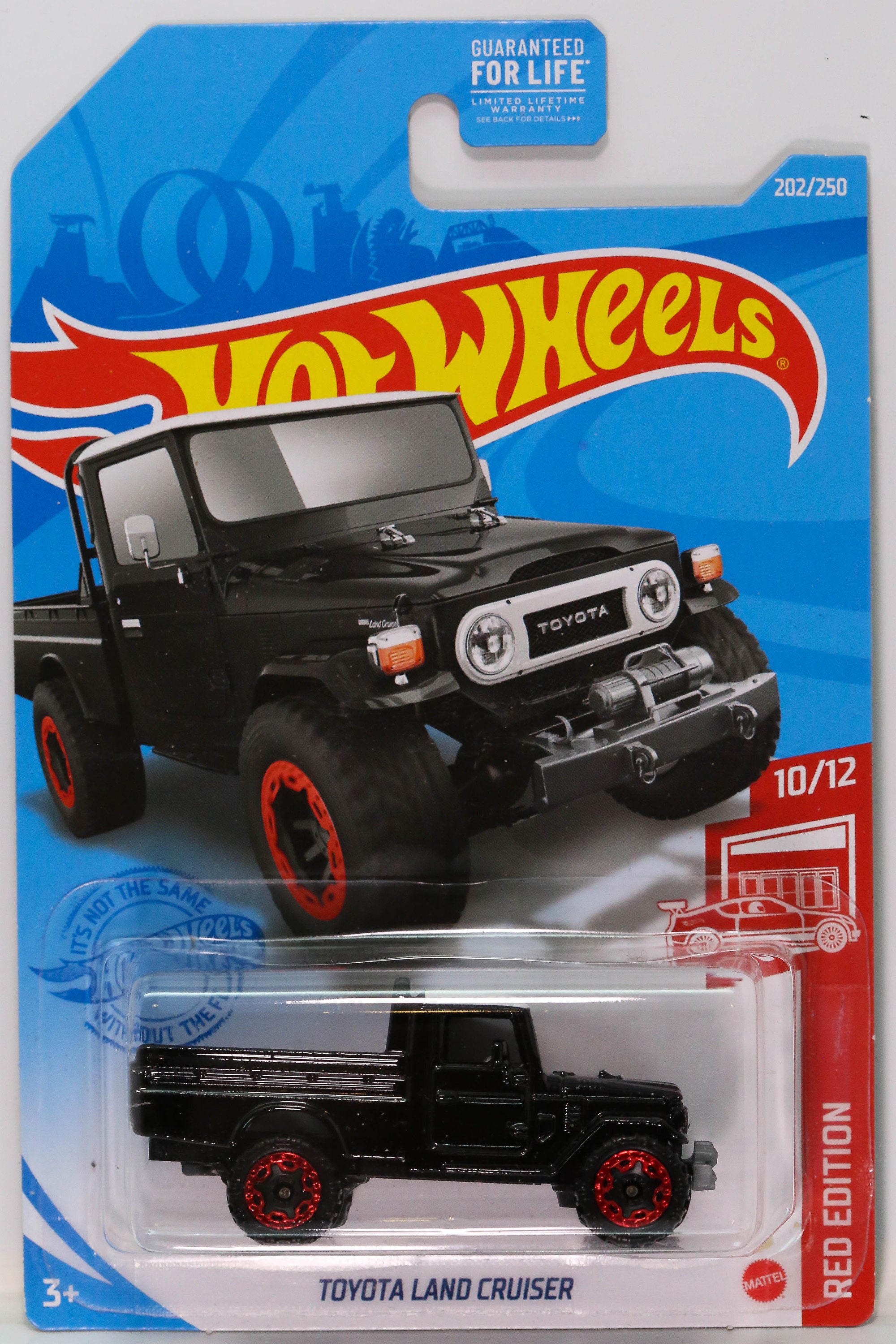 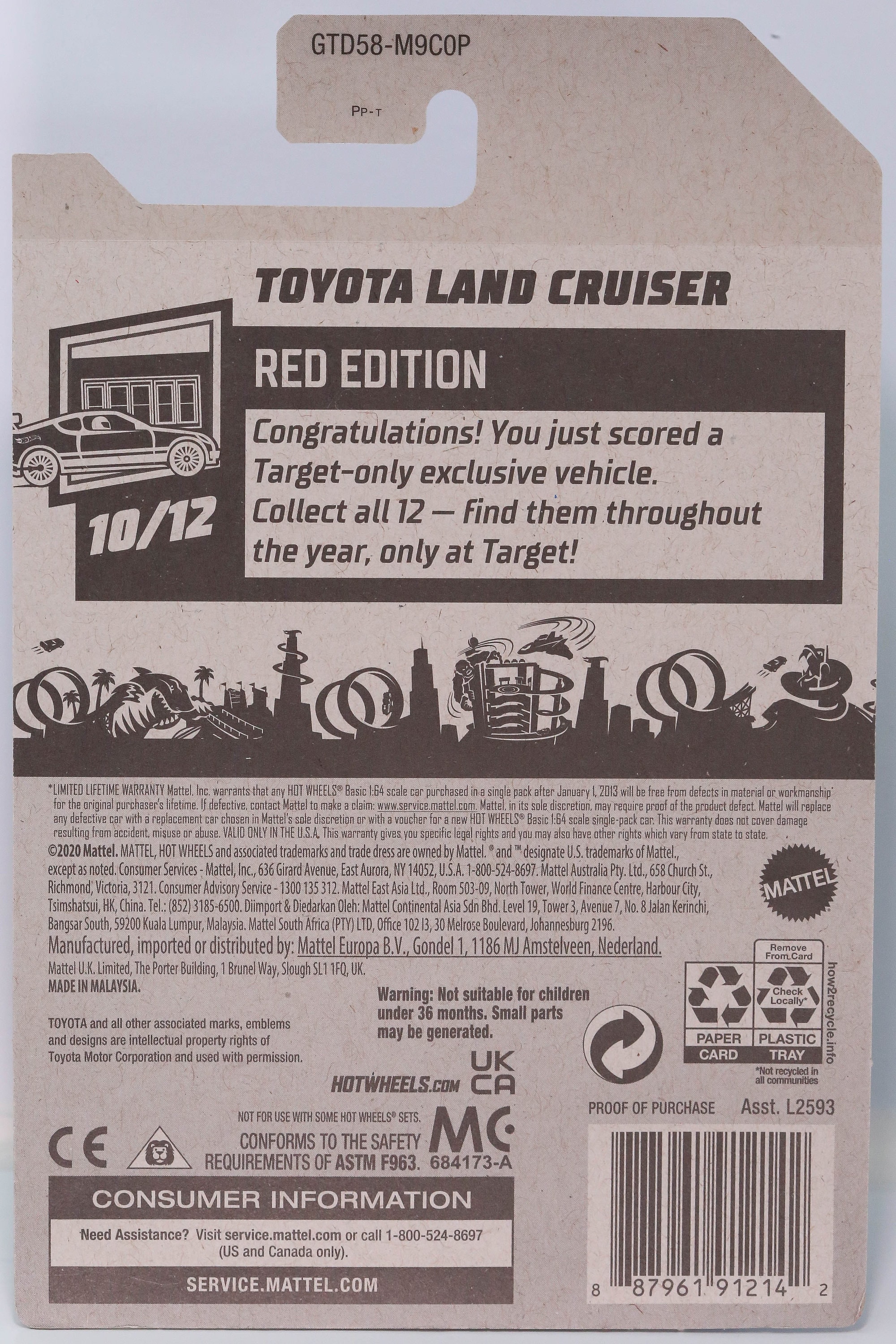 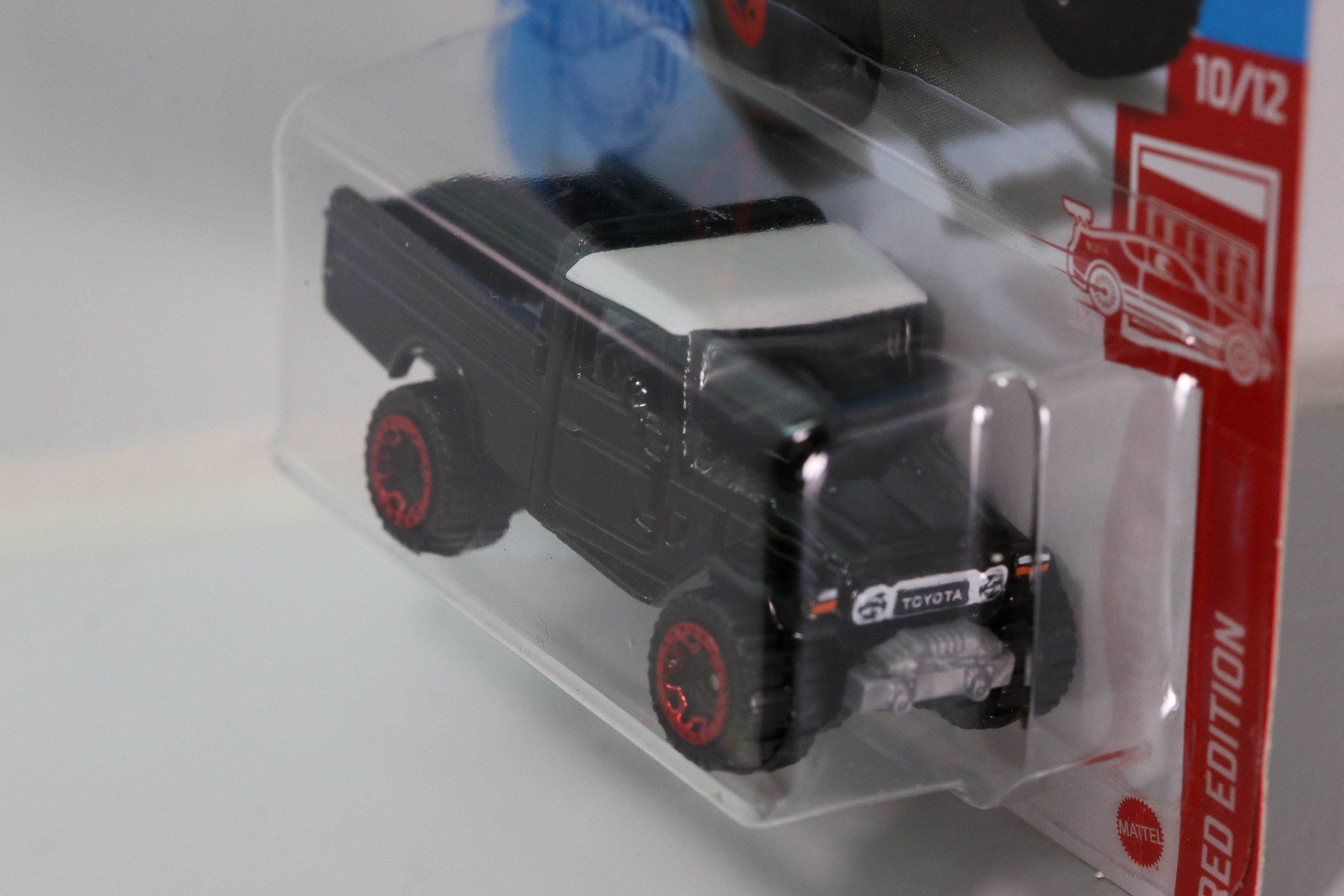 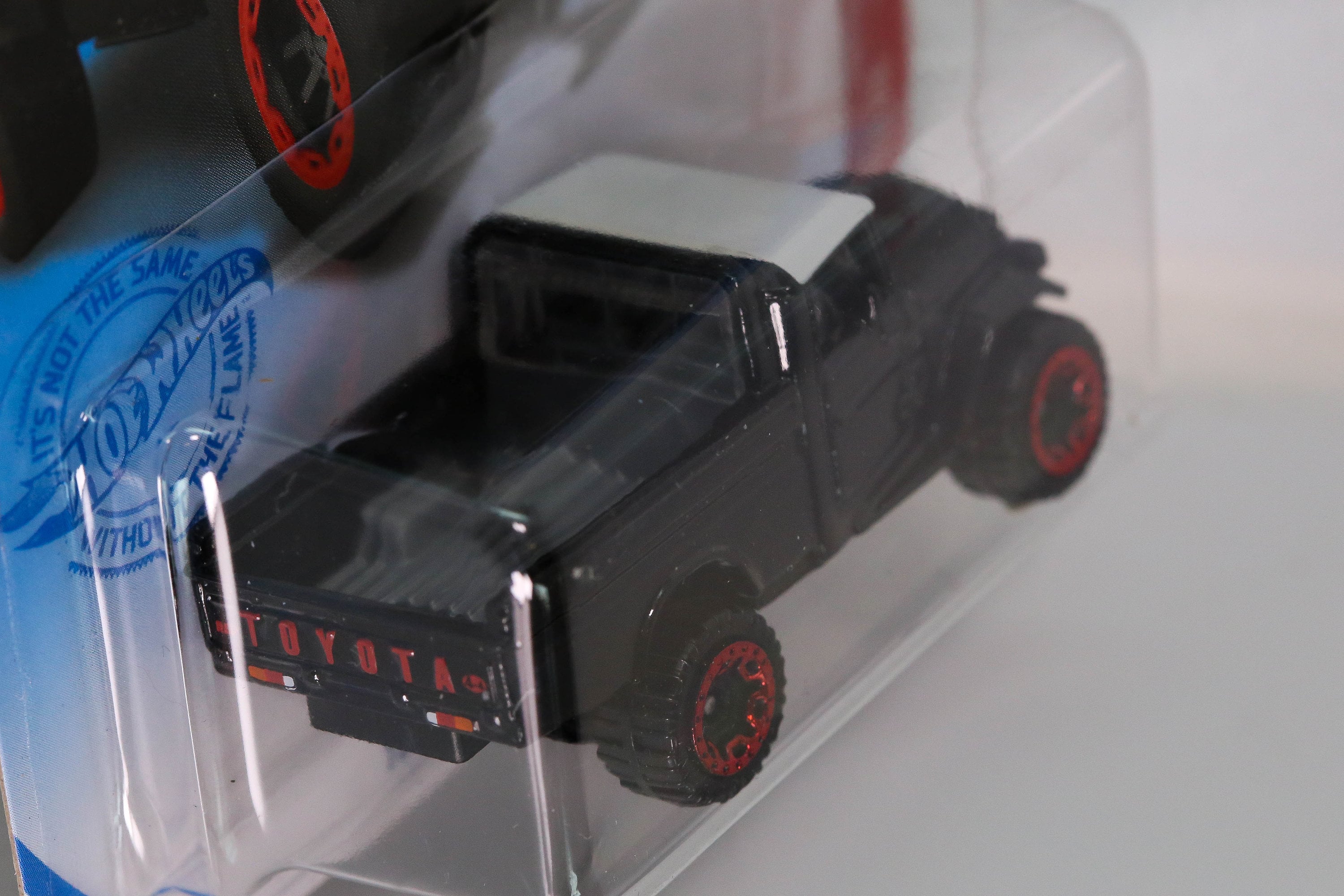 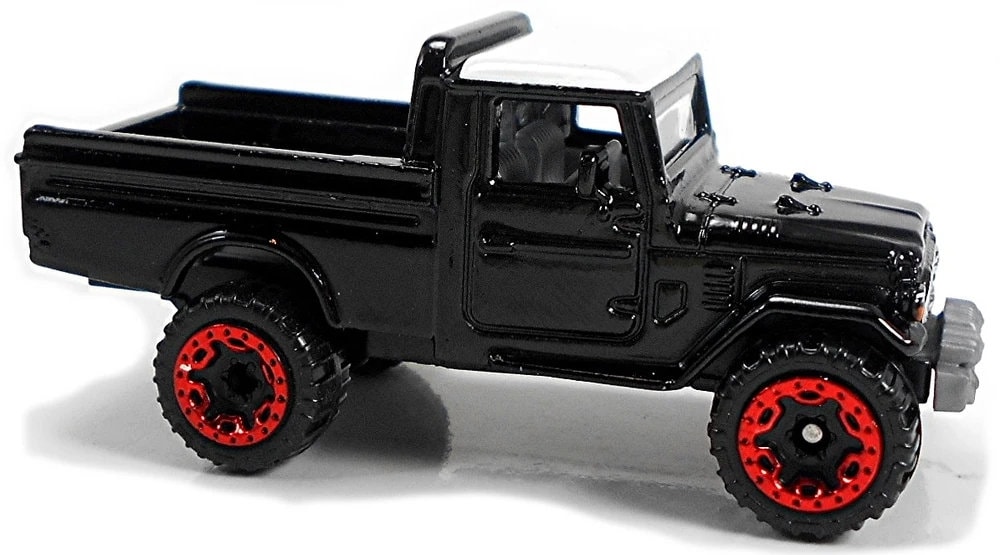 The Toyota Land Cruiser FJ45 Pickup was a long-wheelbase, all-wheel drive version of the FJ40 Land Cruiser. The FJ45 was available in numerous different body styles, from two-door pickup to four-door station wagon; the four-door station wagon was noted as being the shortest lived of all FJ40 body styles and derivatives, being replaced after only about seven years of production. The FJ40 as a whole was produced from 1960 to 2001, although production ended in 1984 in Japan

This is one of three castings introduced in 2021 to debut in the Mainline without being labeled a New Model. This casting was sort of a collaboration between Ryu Asada and Manson Cheung, where Ryu had created the front of the casting with Manson creating the truck bed; according to the latter the casting's front was likely taken from the Matchbox Toyota Land Cruiser, also designed by Ryu. A preview published by the Hot Wheels Design Team on Instagram appears to allude to this casting being a "refresh" of the original Toyota Land Cruiser FJ40 casting designed by Jun Imai, which Hot Wheels may have had to discontinue use due to legal issues

The "Red Editions" are Target exclusive basic models. They share the same deco as the mainline cars, but have exclusive colors. Series began in 2017, with 12 releases per year in groups of three in each case