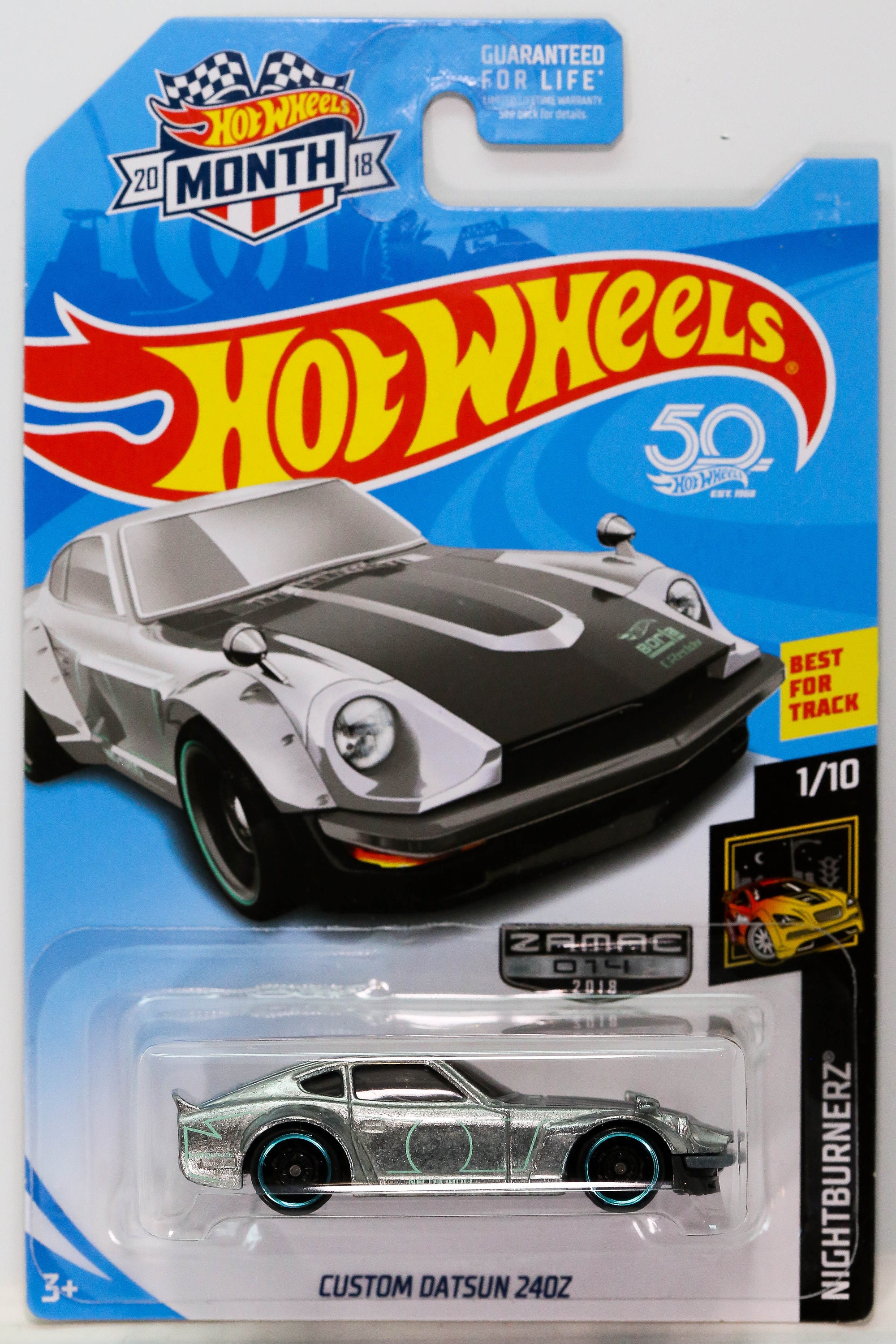 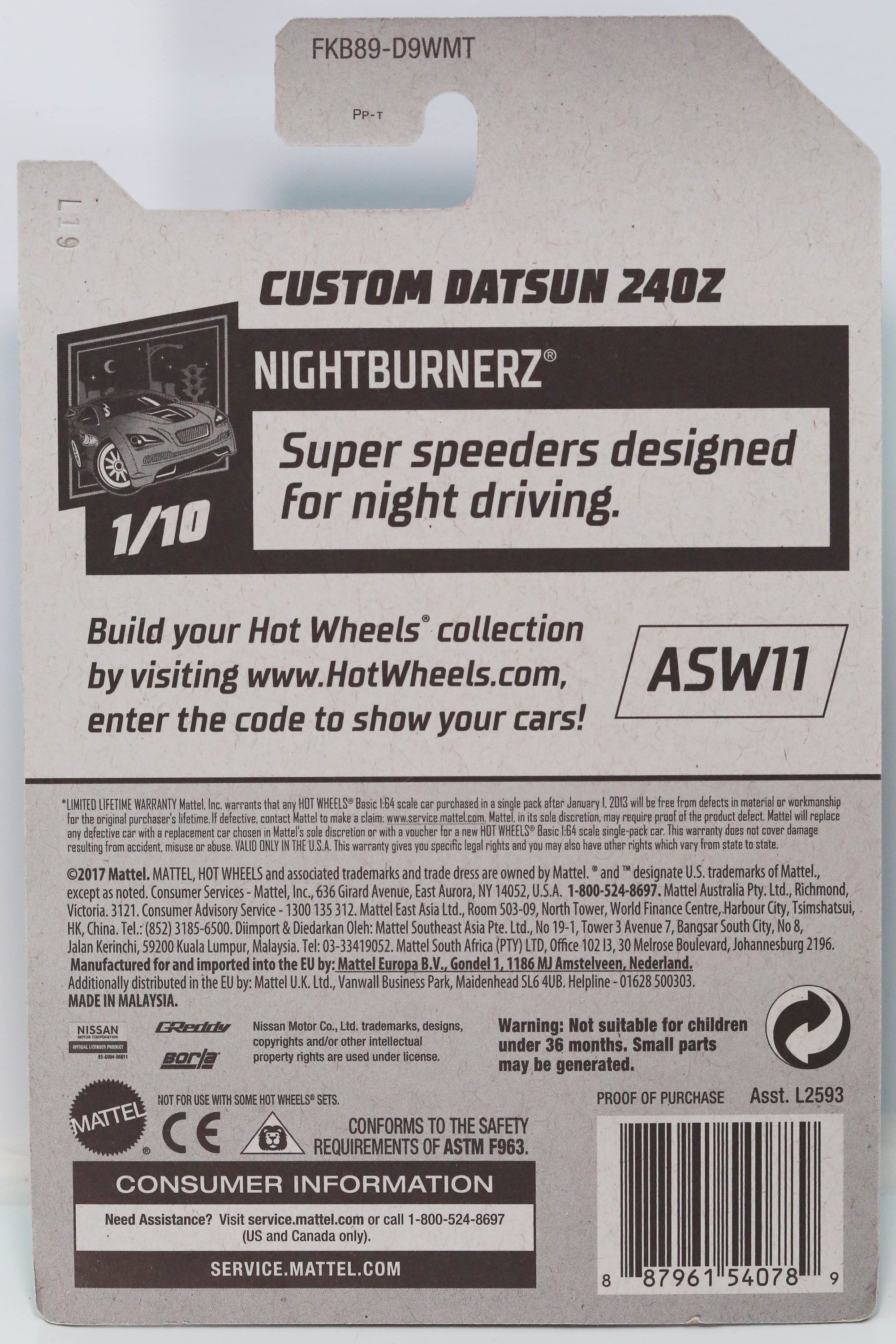 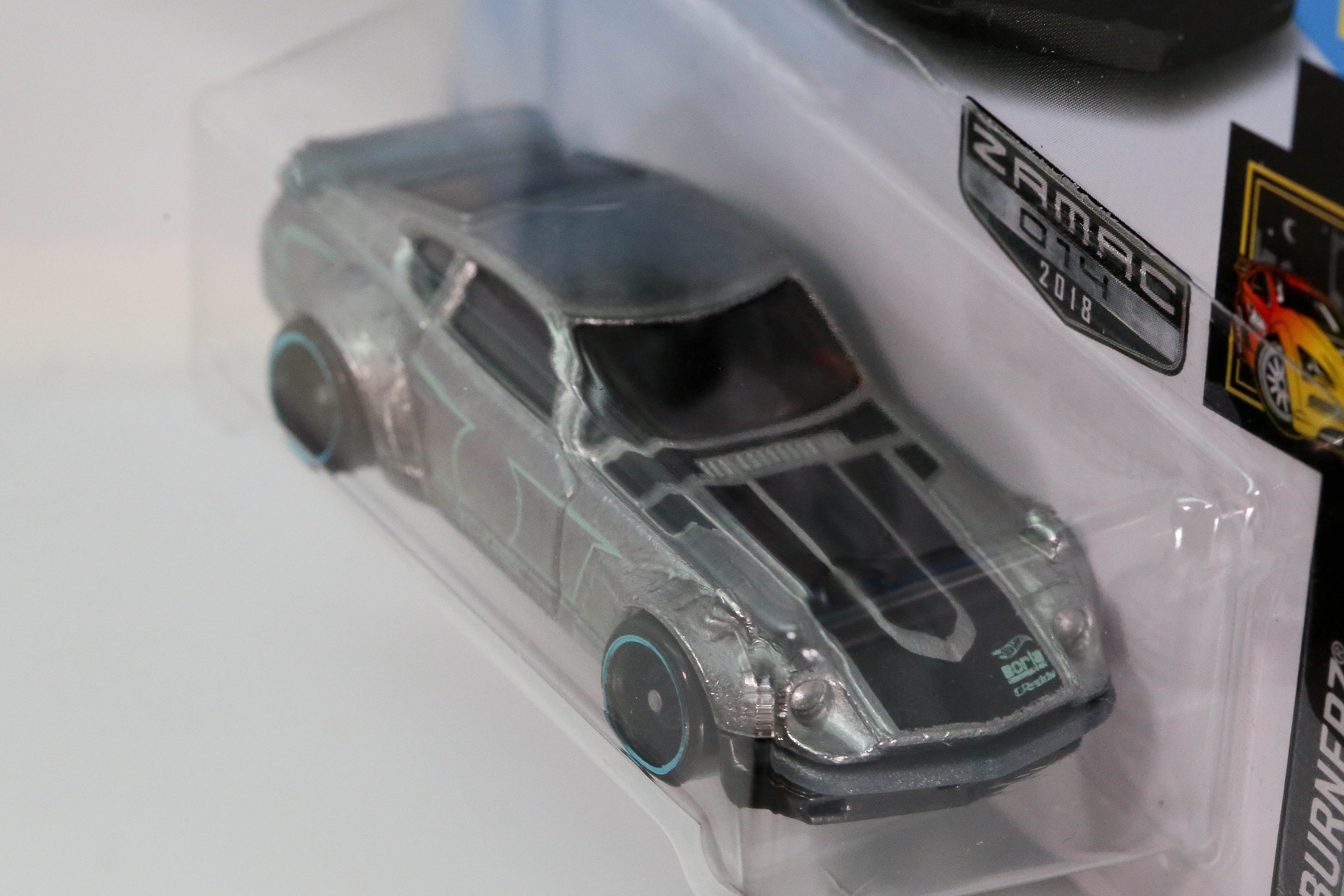 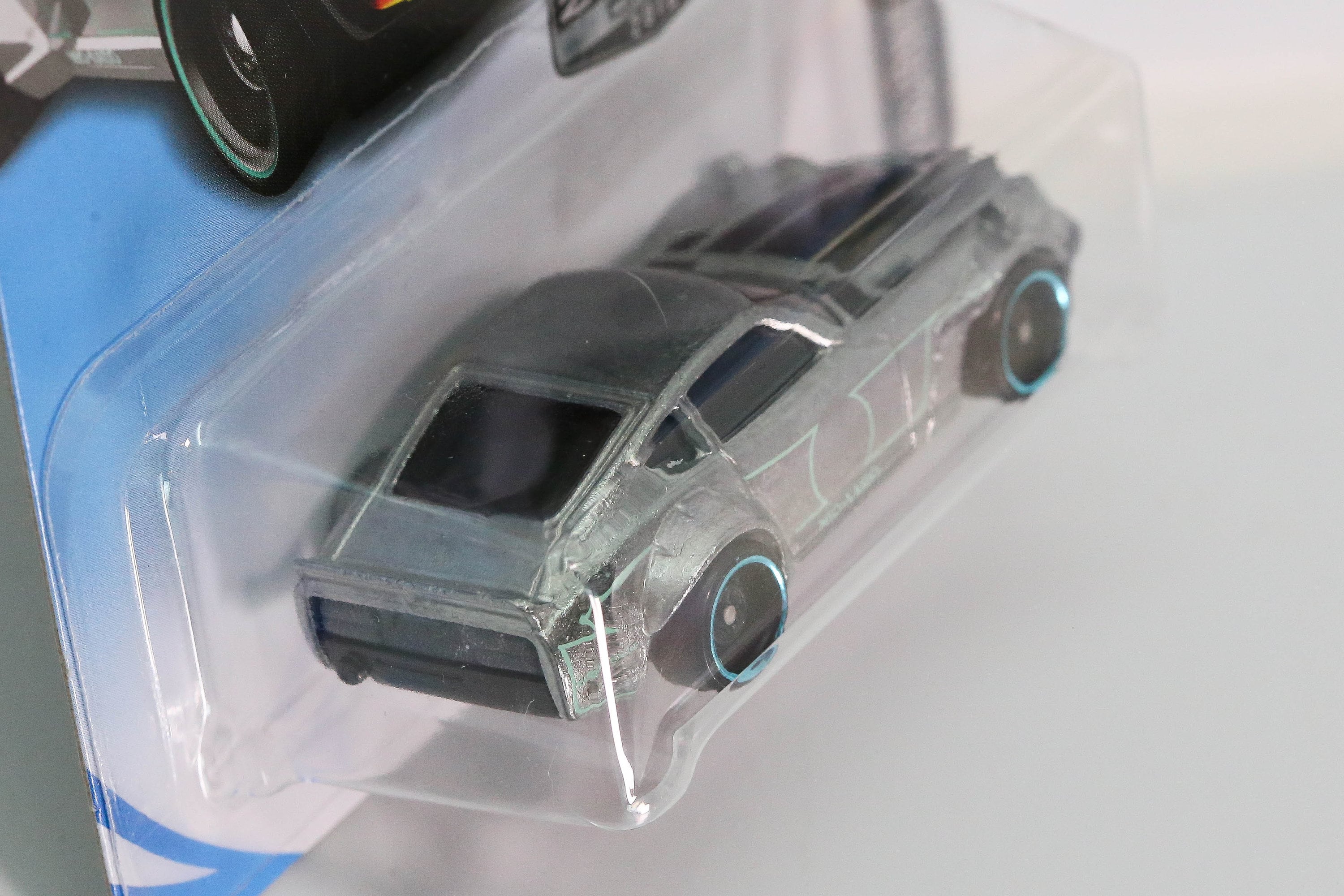 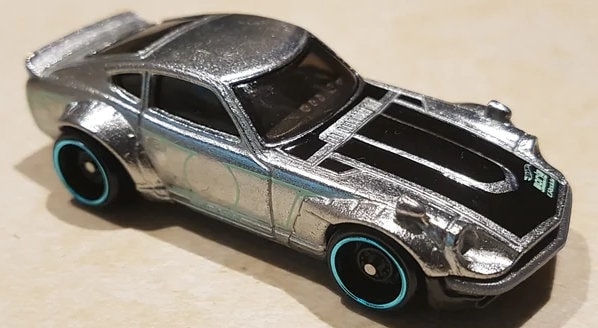 A naturally aspirated inline 6 motor with ITBs, wide body kit, deep bucket seats and a full roll cage make this custom Datsun 240Z the ultimate canyon carver! Check out the fender-mounted rear-view mirrors and watch the competition fade into the distance as you step on the gas

Known as the Fugu Z, its real-life version is owned by Sung Kang, the actor who portrayed Han in the Fast and Furious series, who is a serious auto enthusiast. In Fall of 2015, the Fugu Z made its debut at the SEMA Show in Las Vegas where it won the coveted 2015 Gran Turismo Best in Show Award

The 2018 release was modeled after Jun Imai's Neo Kaido 240Z and it was installed with Borla Exhausts, hence the decal on the hood

A ZAMAC car is essentially an unpainted car and/or base

Rare and Hard to Find (HTF)