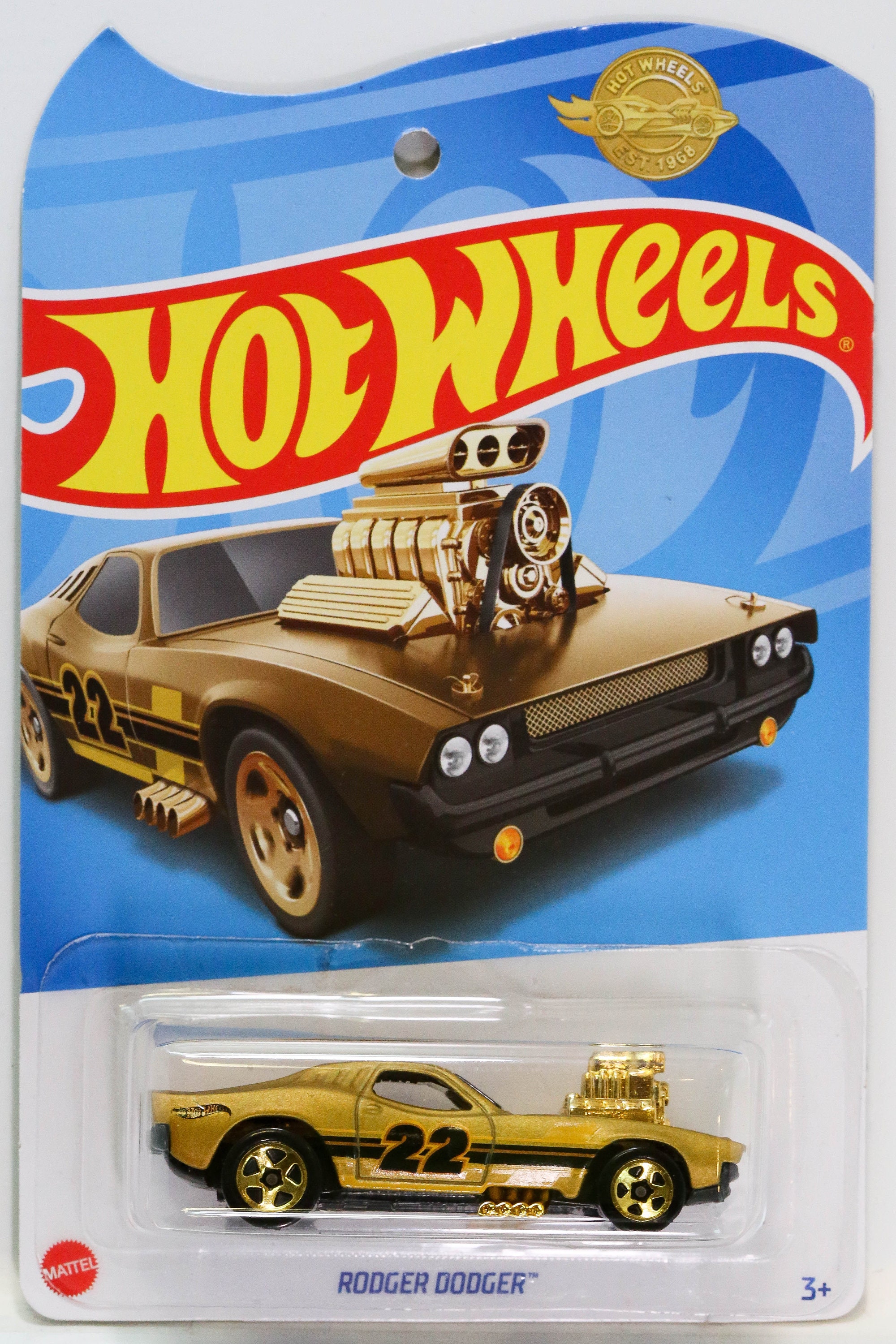 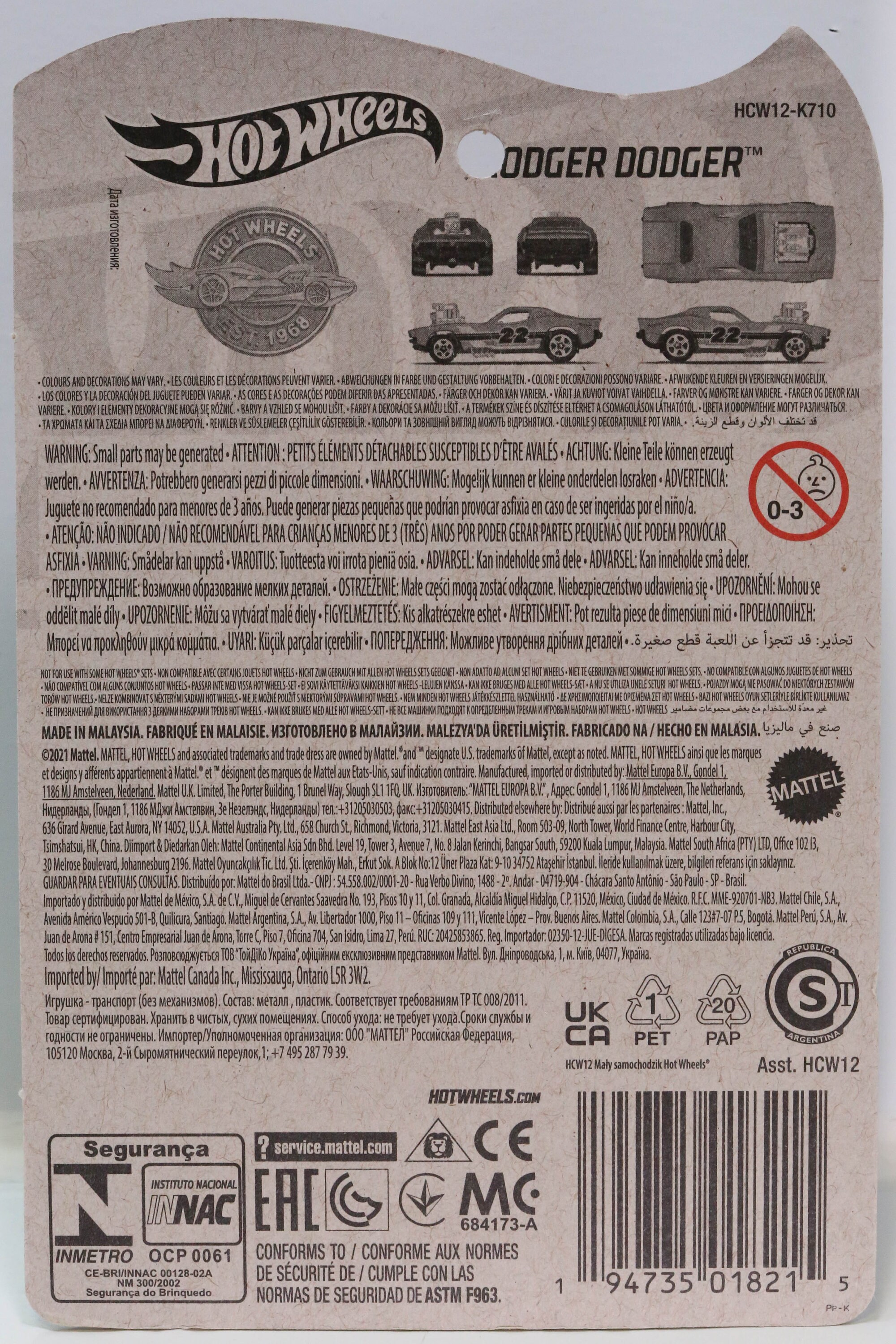 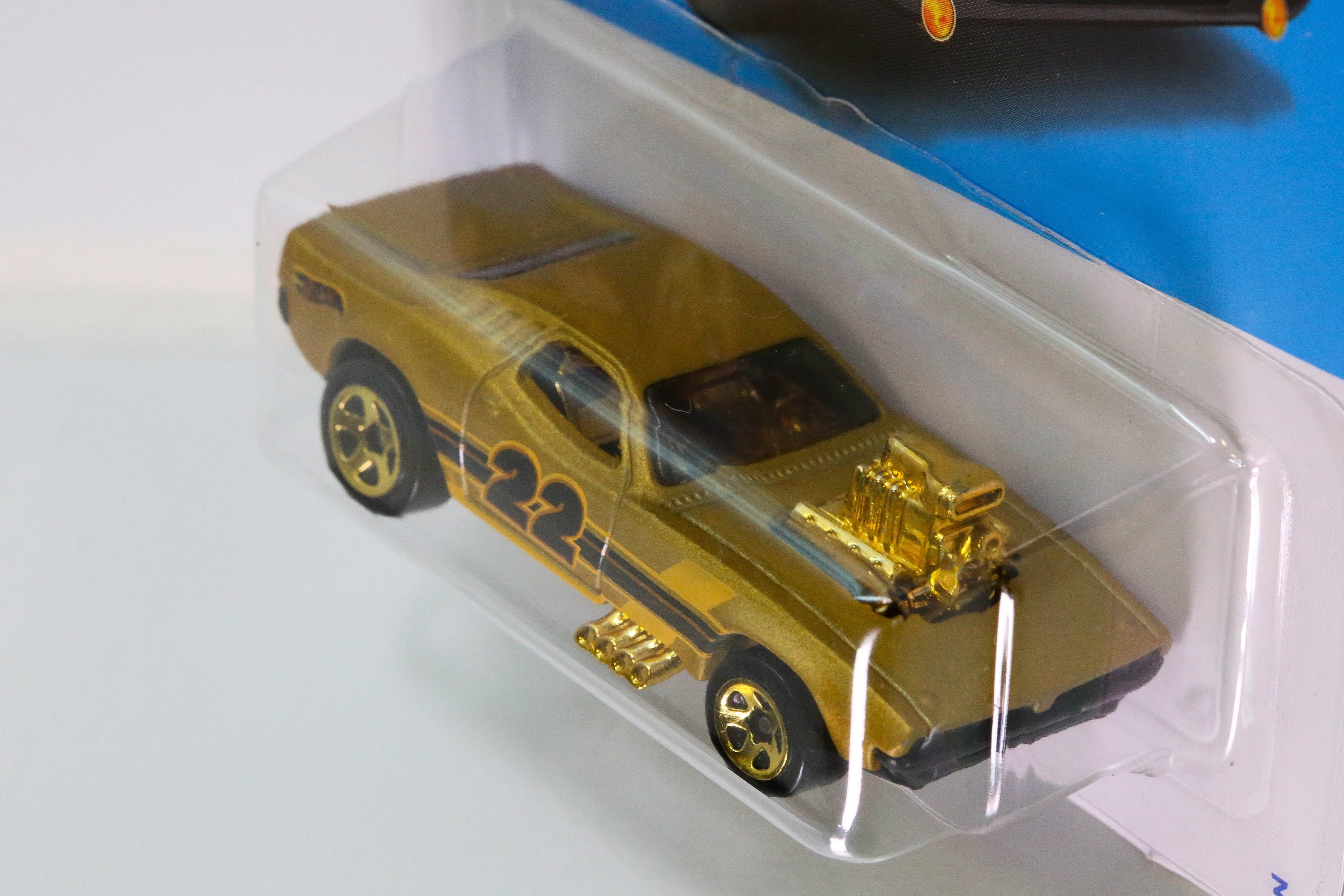 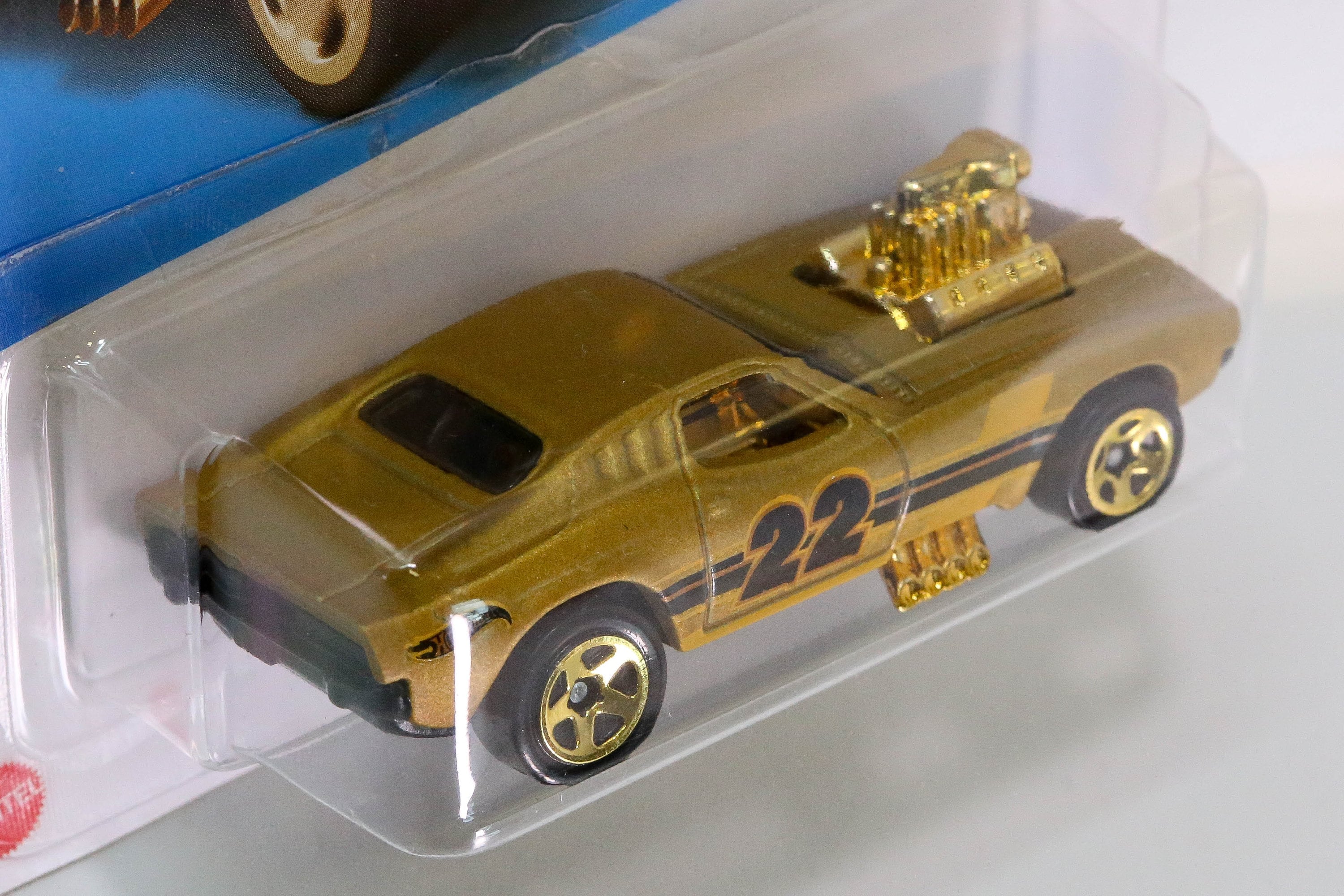 The Rodger Dodger Is Hot Wheels Original Casting Based on '73 Dodge Charger SE with triple opera window option. Could you even see Beyond the huge motor coming out of the hood? The early '74 version had a metal base and capped redlines in the rear only. Plum crazy enamel paint with flame tampos. The Rodger Dodger reused the same base from the 1973 version, named "Show-Off". On some models, you can find the original "Show-Off" name partially bleeding through the deletion plate

Mattel Retooled the Rodger Dodger in 1998. Released into the line-up, this first Retool is almost identical to the original casting

In 2015 the car was retooled again. This time, the tool is different to the original casting. The engine, interior and side pipes are one plastic piece. The exhaust pipes now come out from under the front quarter panels

The "Gold Edition" are generally reserved for Hot Wheels International Mail-In promotions. This time around it was released as a Meijer Exclusive promotional piece