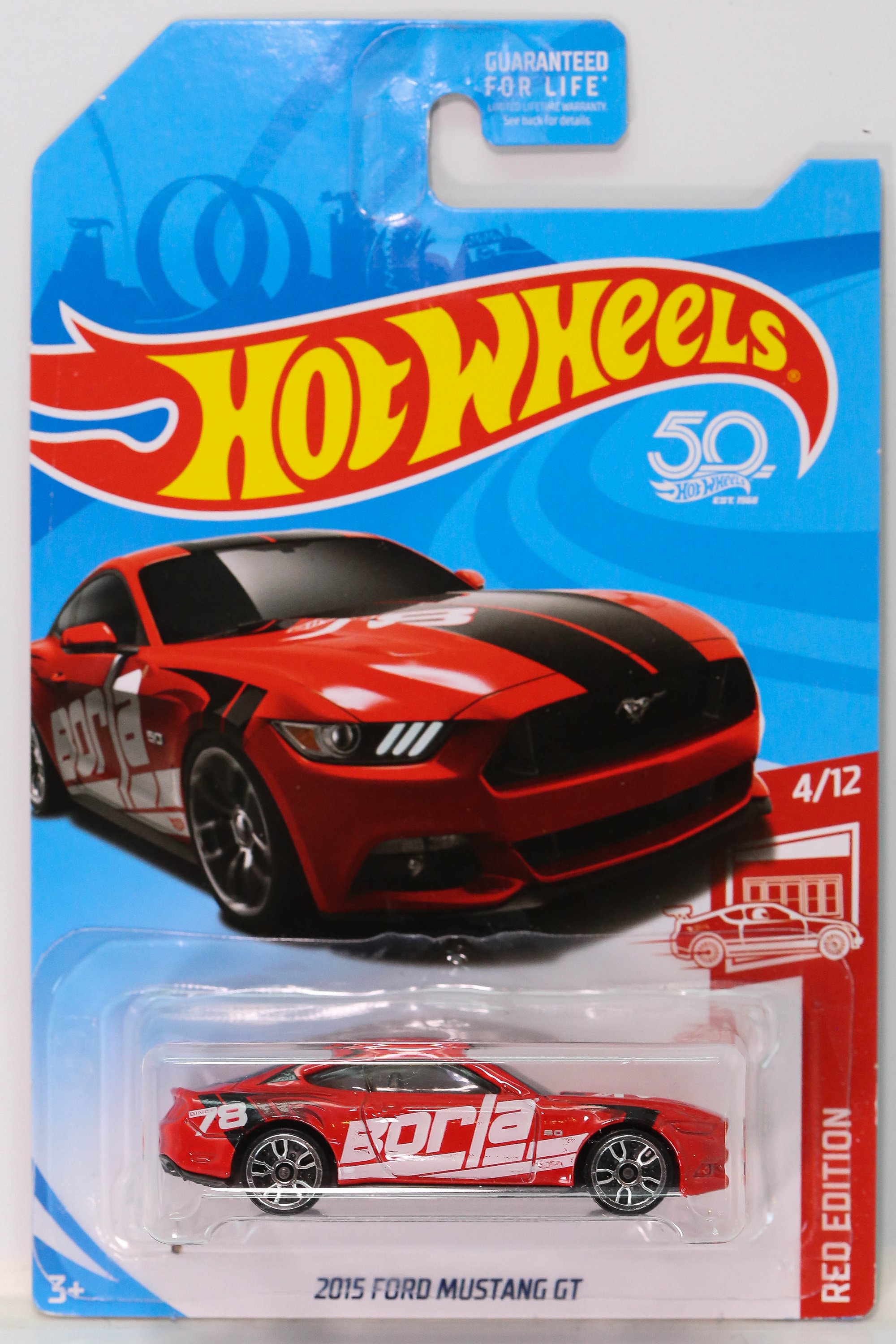 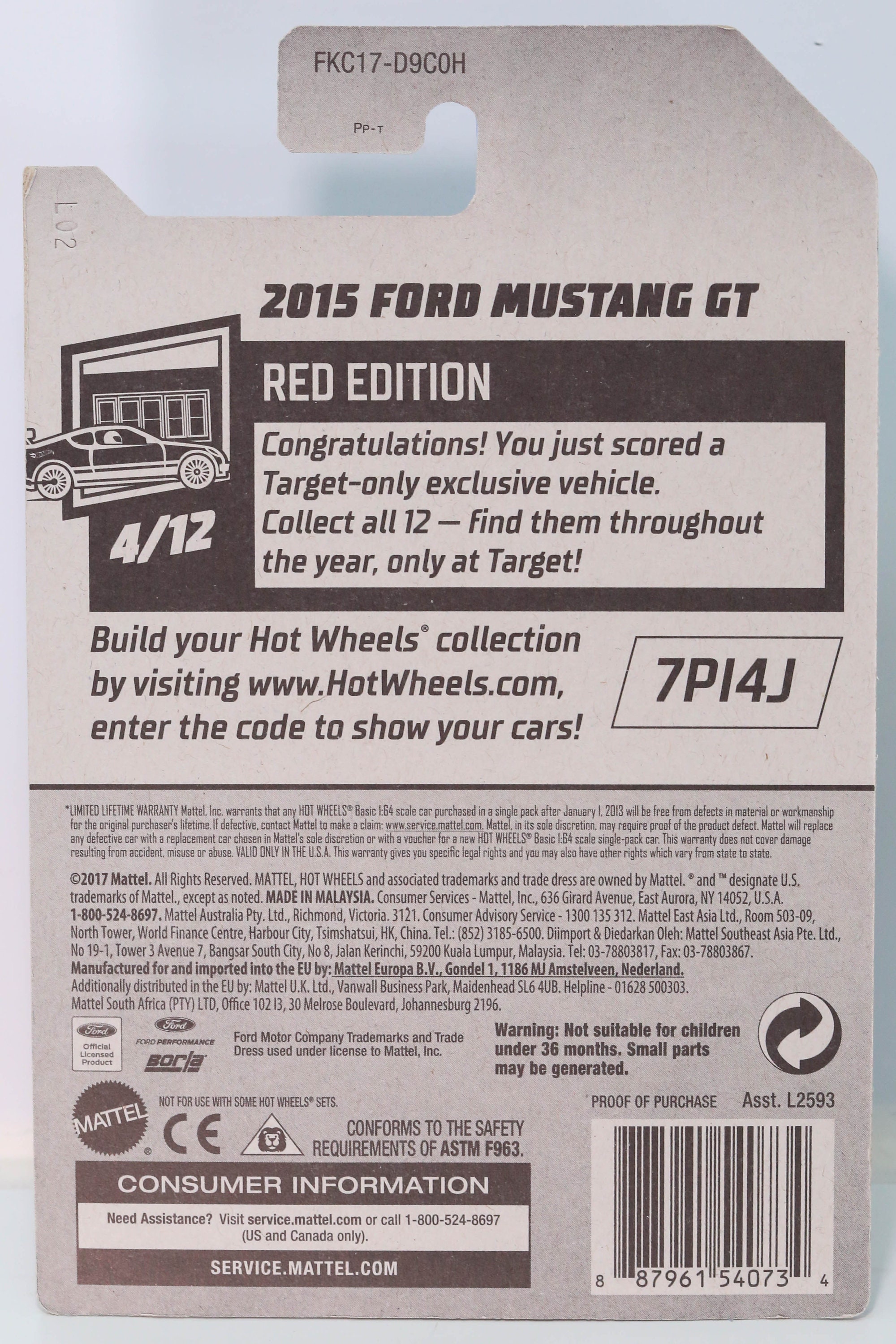 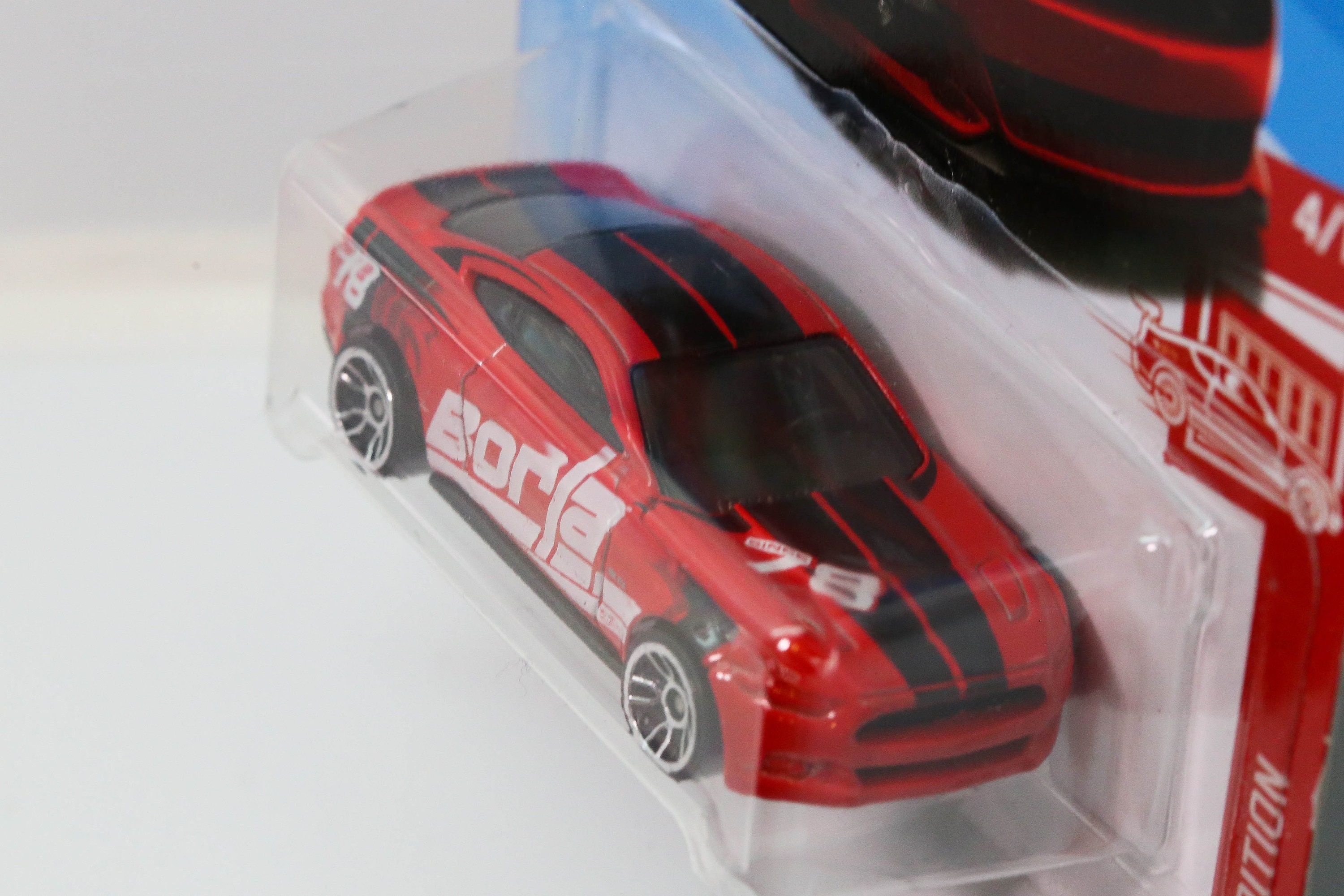 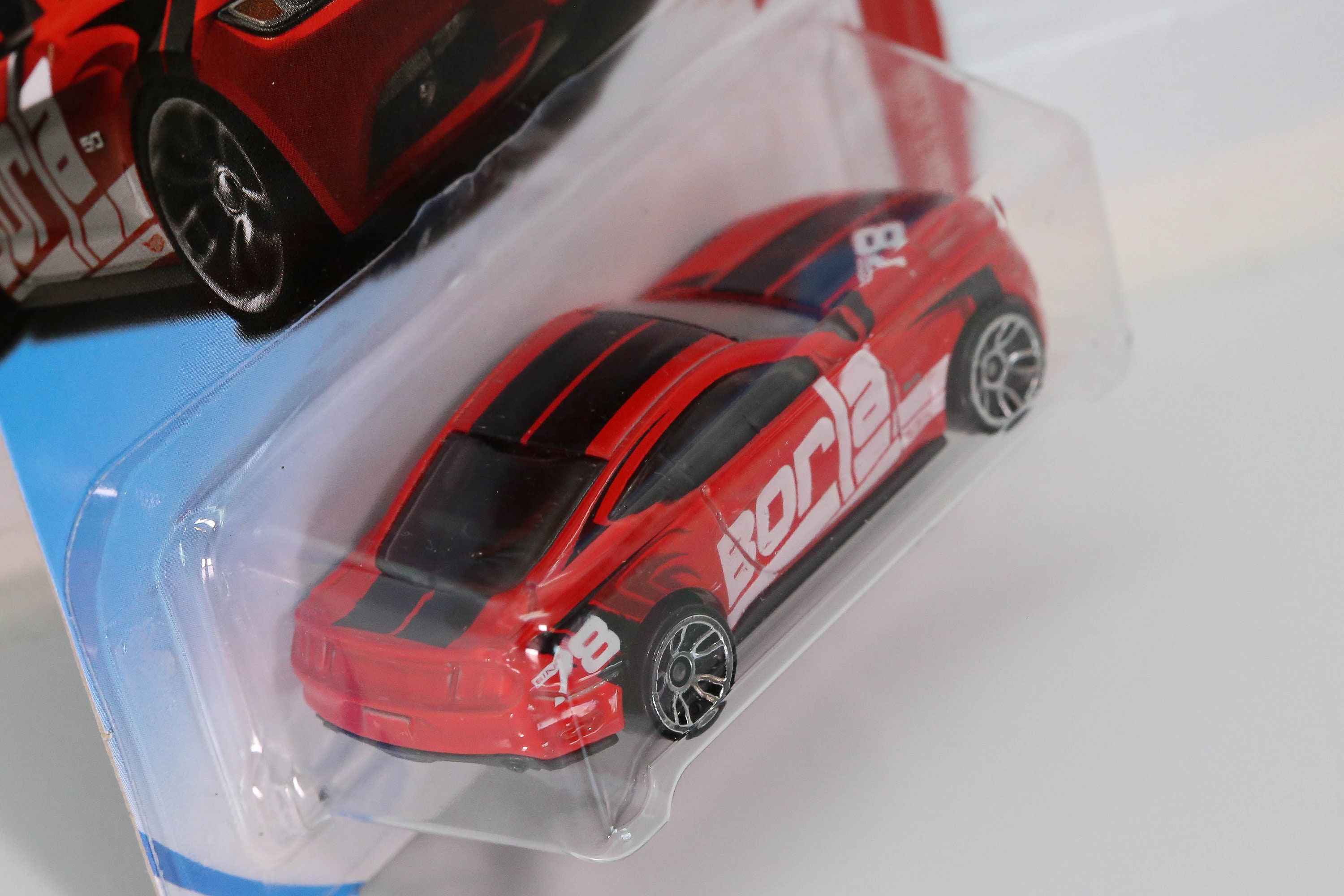 A modern and sophisticated take on the classic Mustang, this pony has dropped some weight. It's still loaded with power though and is quick, nimble, and up for anything!

The Red Editions are Target exclusive basic models. They share the same deco as the mainline cars, but have exclusive colors. Series began in 2017, with 12 releases per year in groups of three in each case