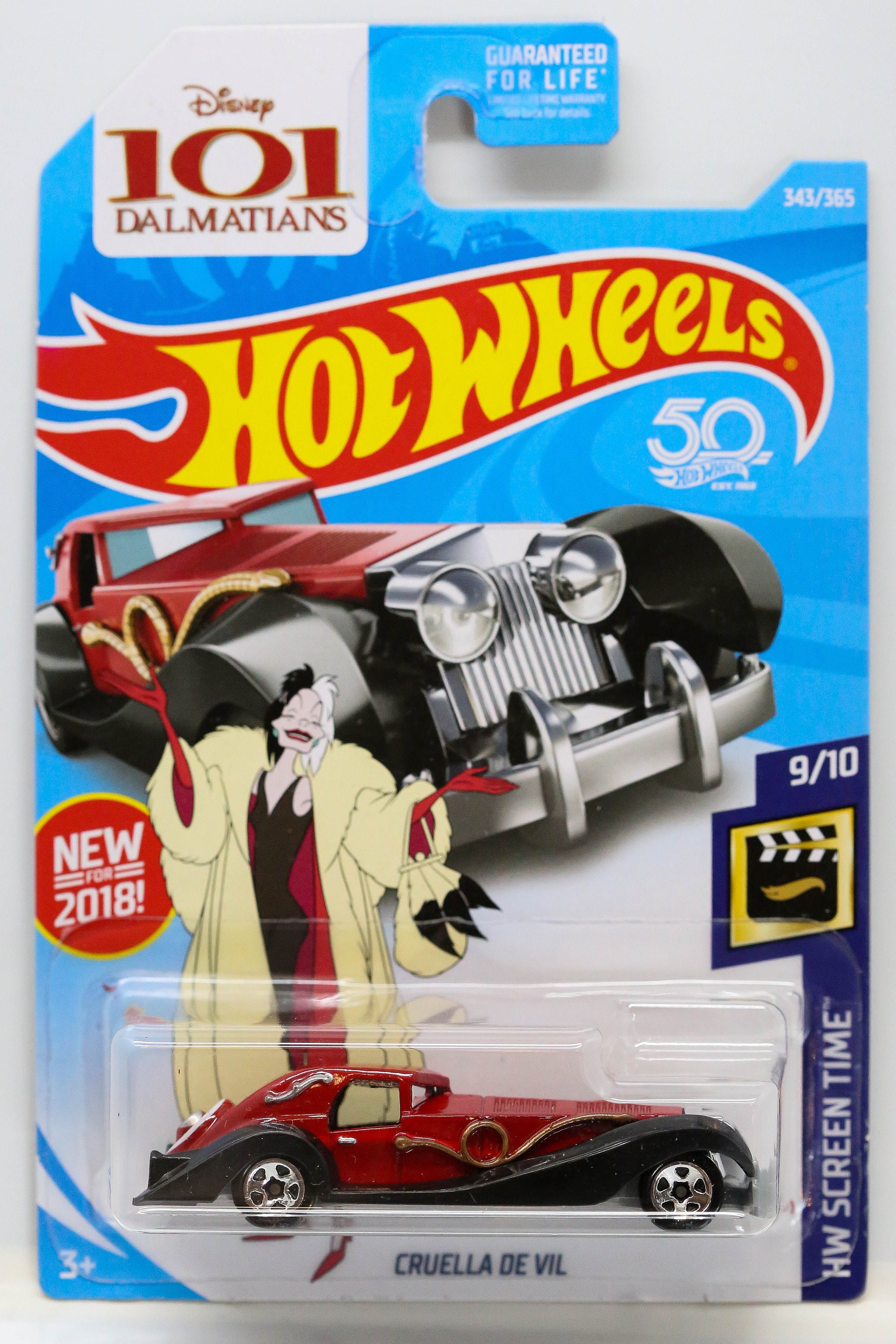 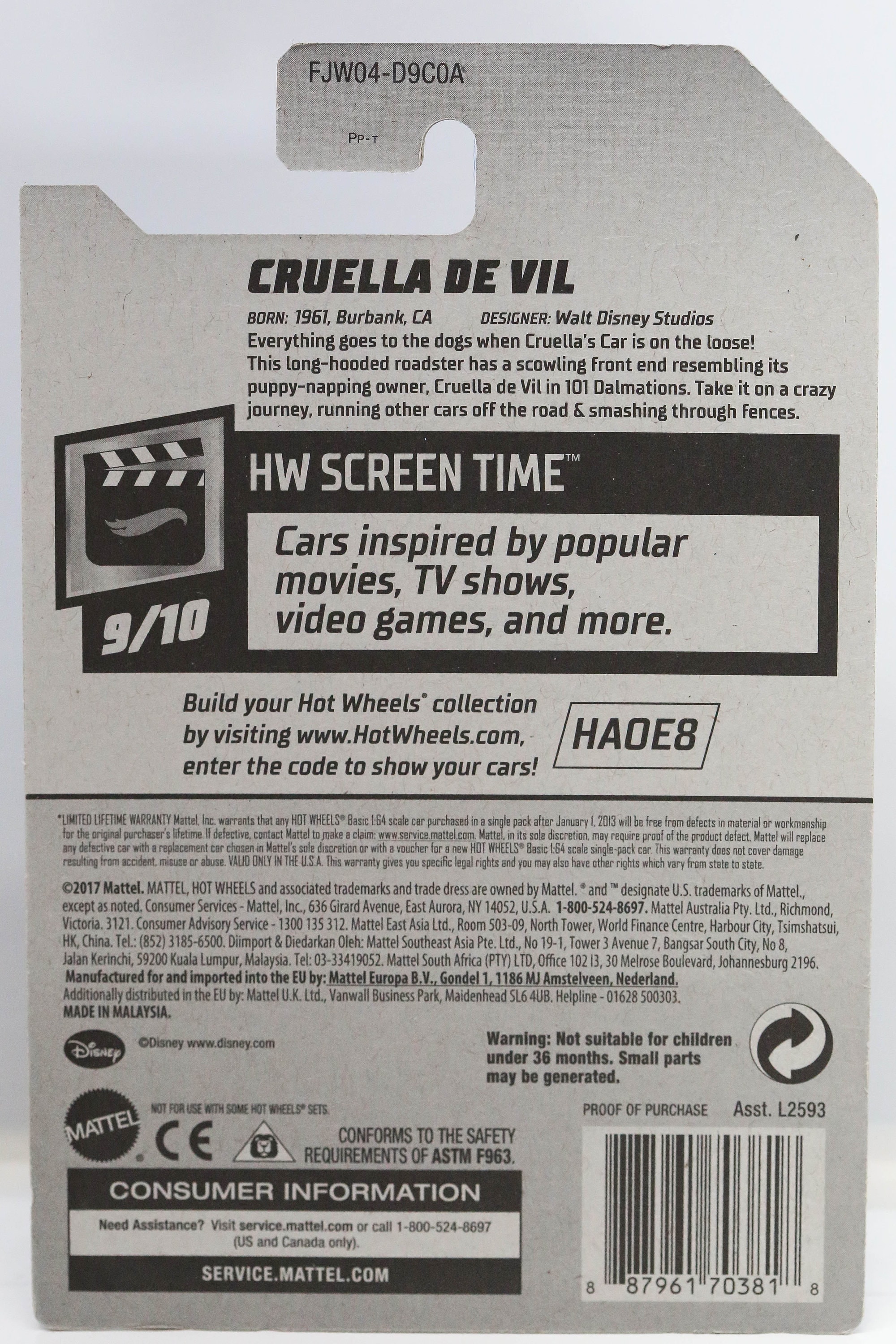 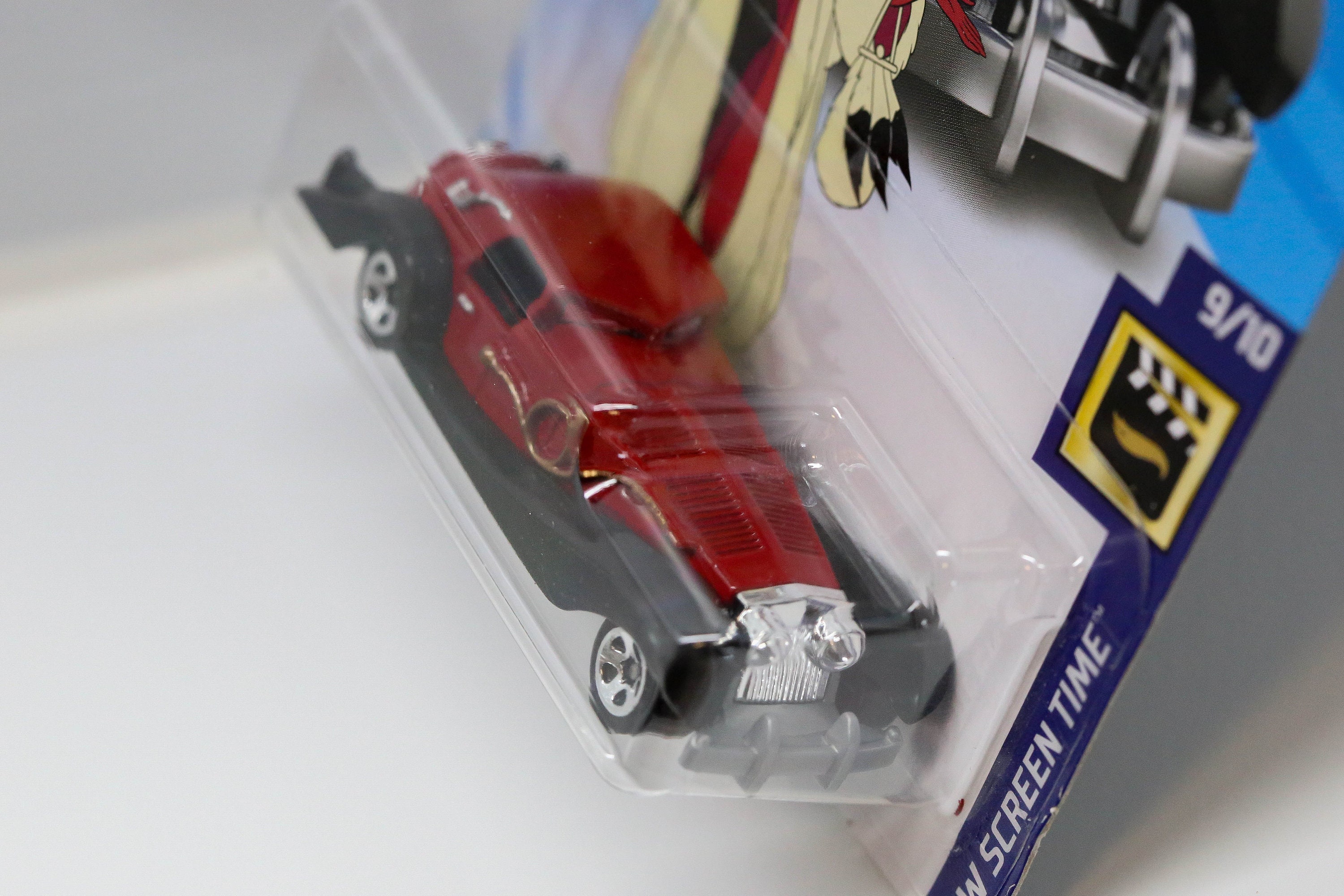 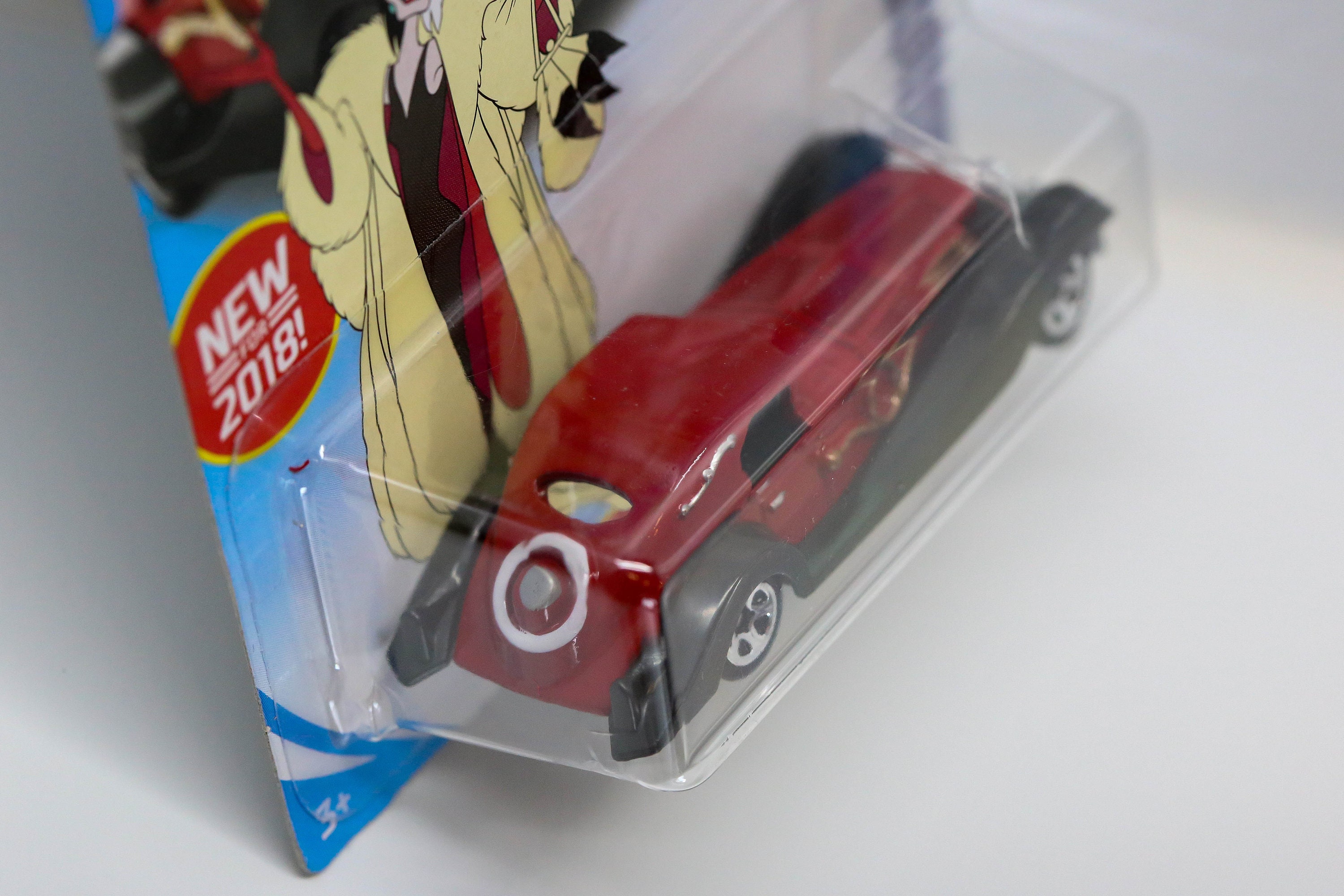 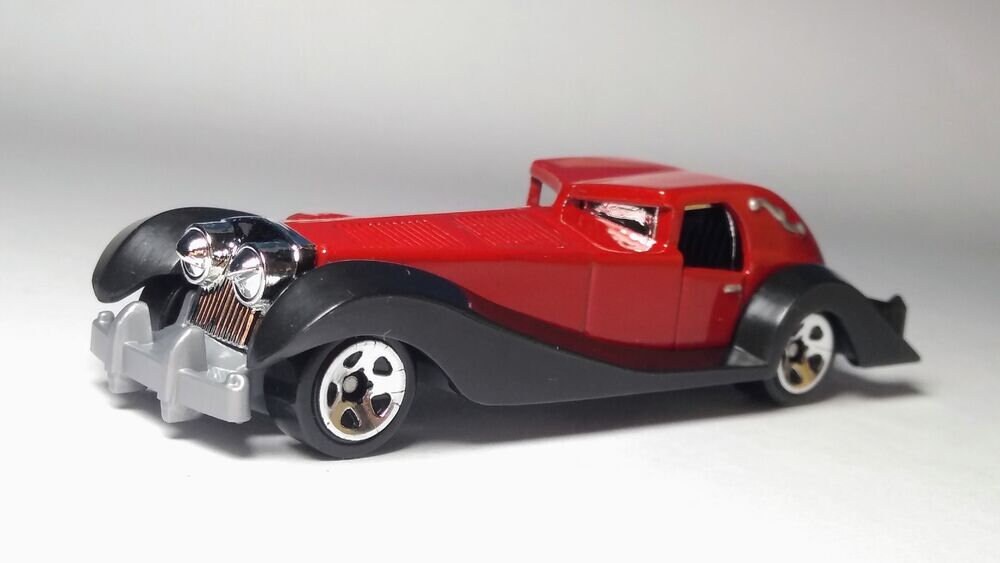 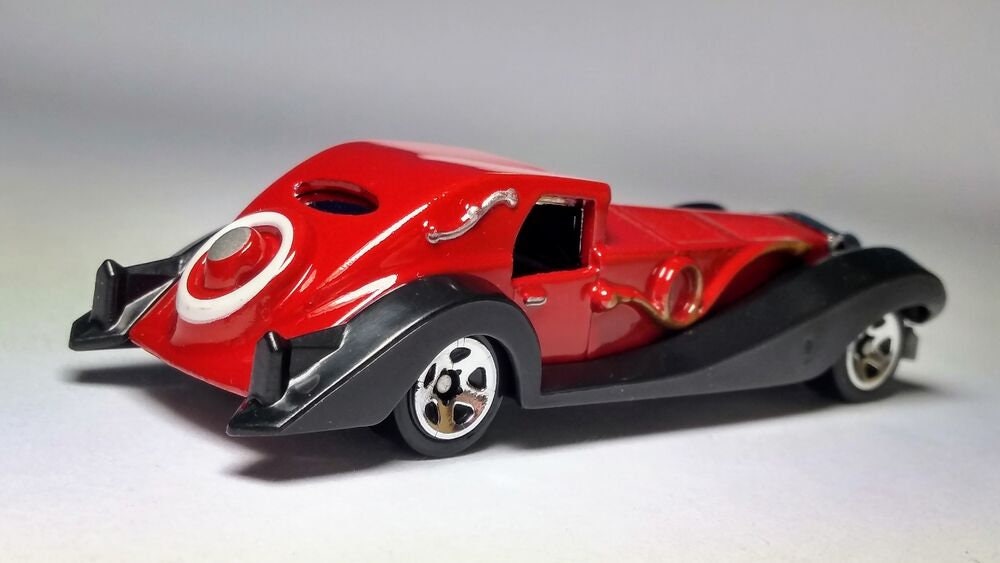 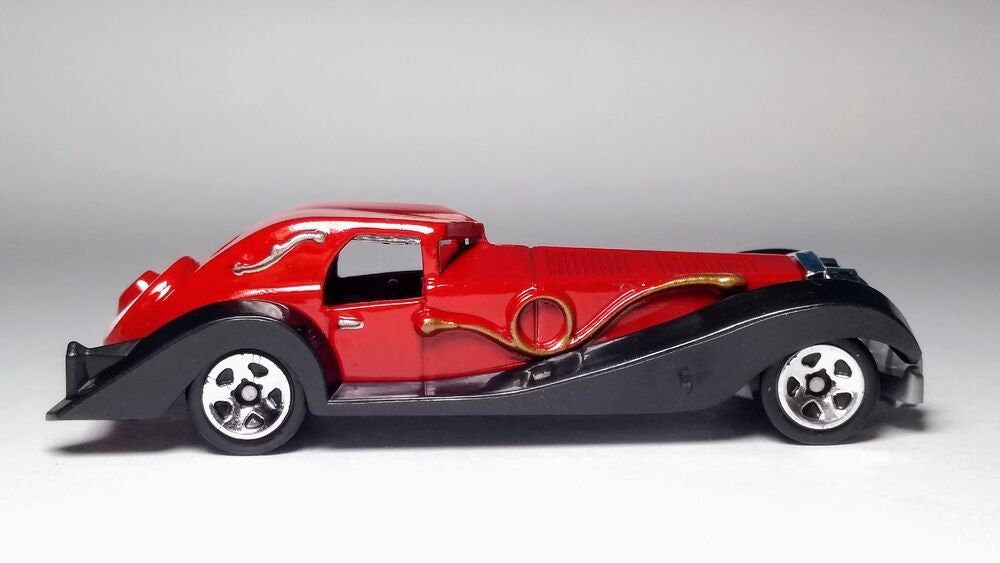 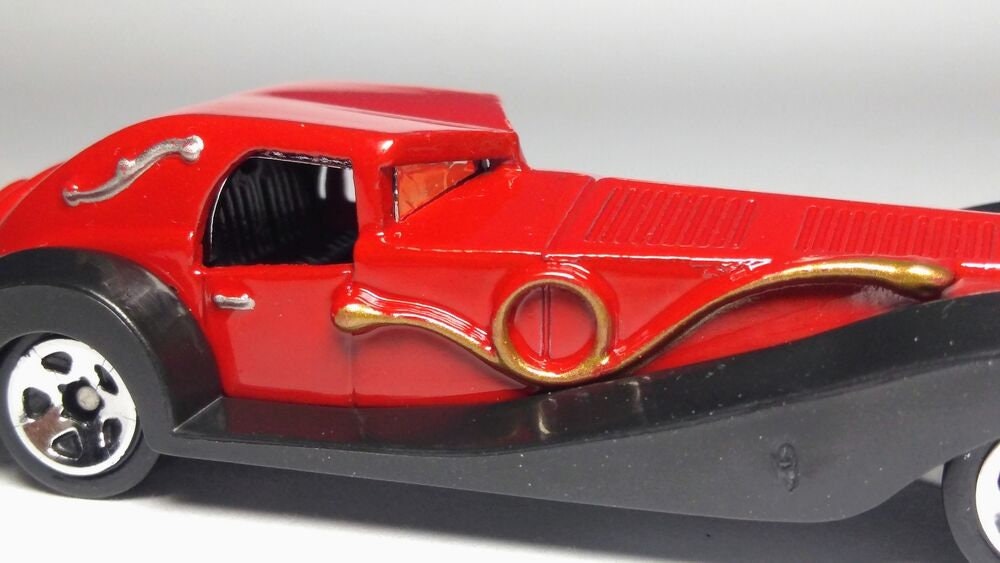 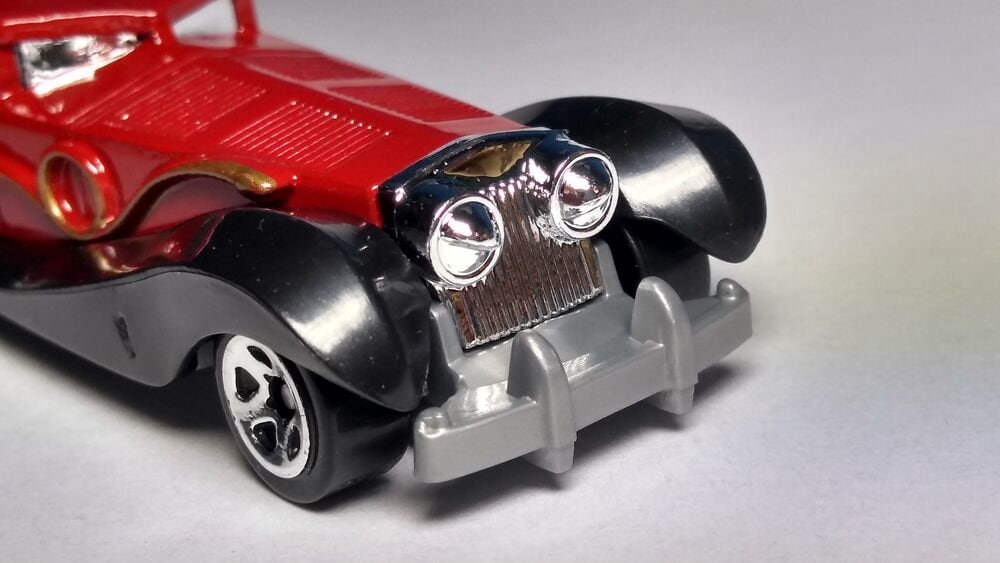 Everything goes to the dogs when Cruella’s Car is on the loose! This long-hooded roadster has a scowling front end resembling its puppy-napping owner, Cruella de Vil in 101 Dalmatians. Take it on a crazy journey, running other cars off the road & smashing through fences

The Cruella de Vil vehicle used in Disney's movie 101 Dalmatians (1996), is based on the Panther De Ville, a neo-classic luxury vehicle produced from 1974 to 1985 by Panther Westwinds, a British specialty maker. However, the vehicle produced by Mattel represents the red car from the animated movies and TV Series