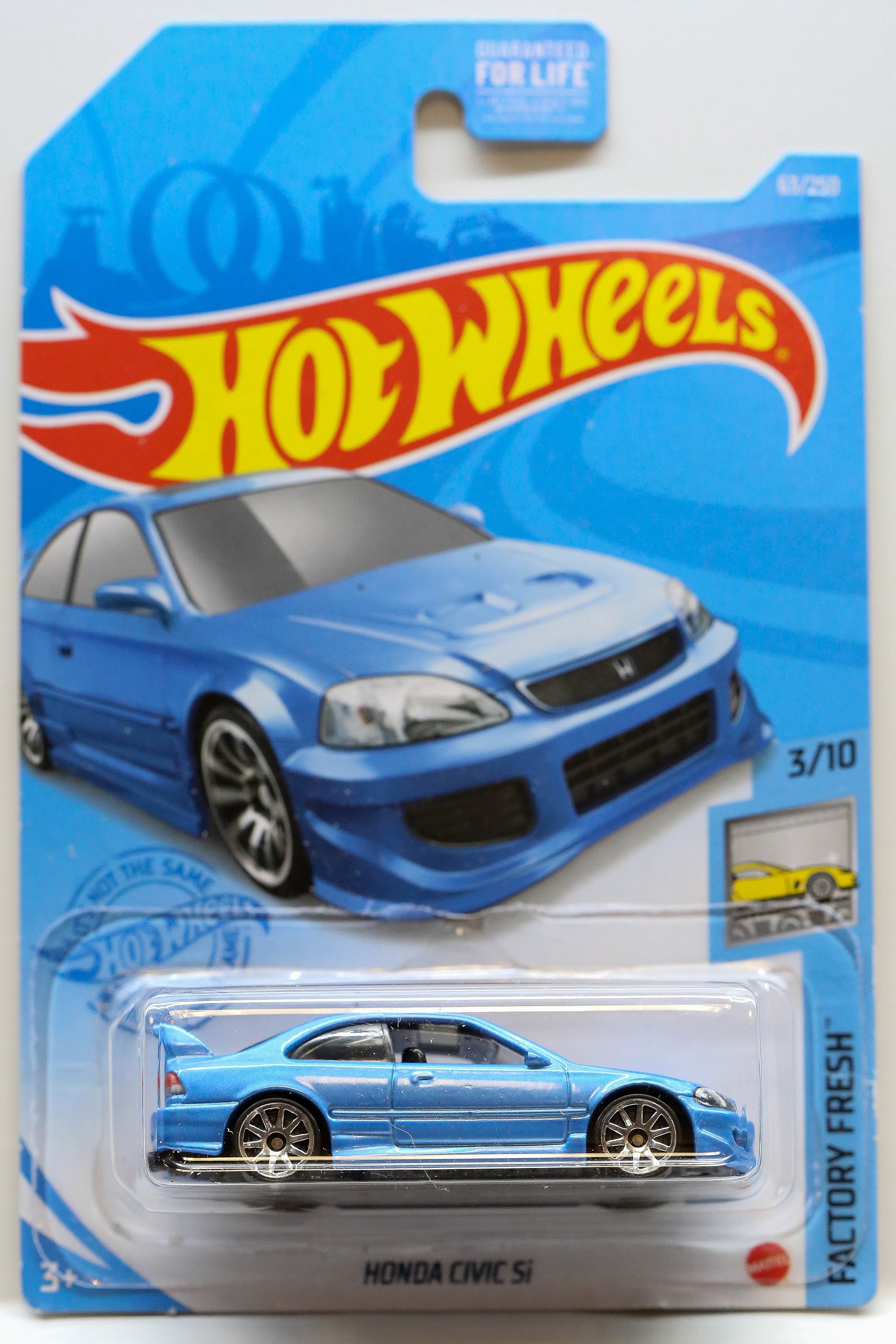 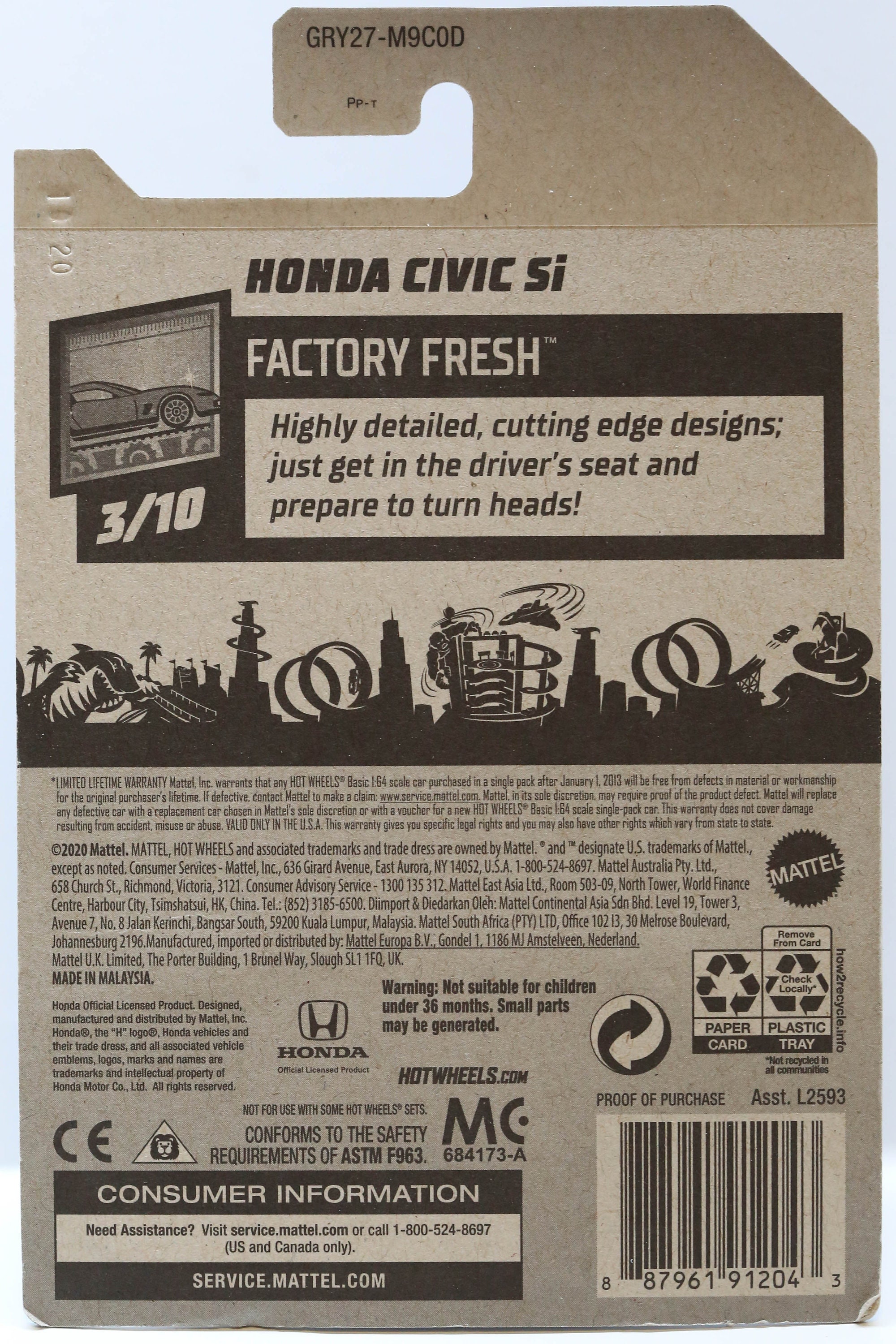 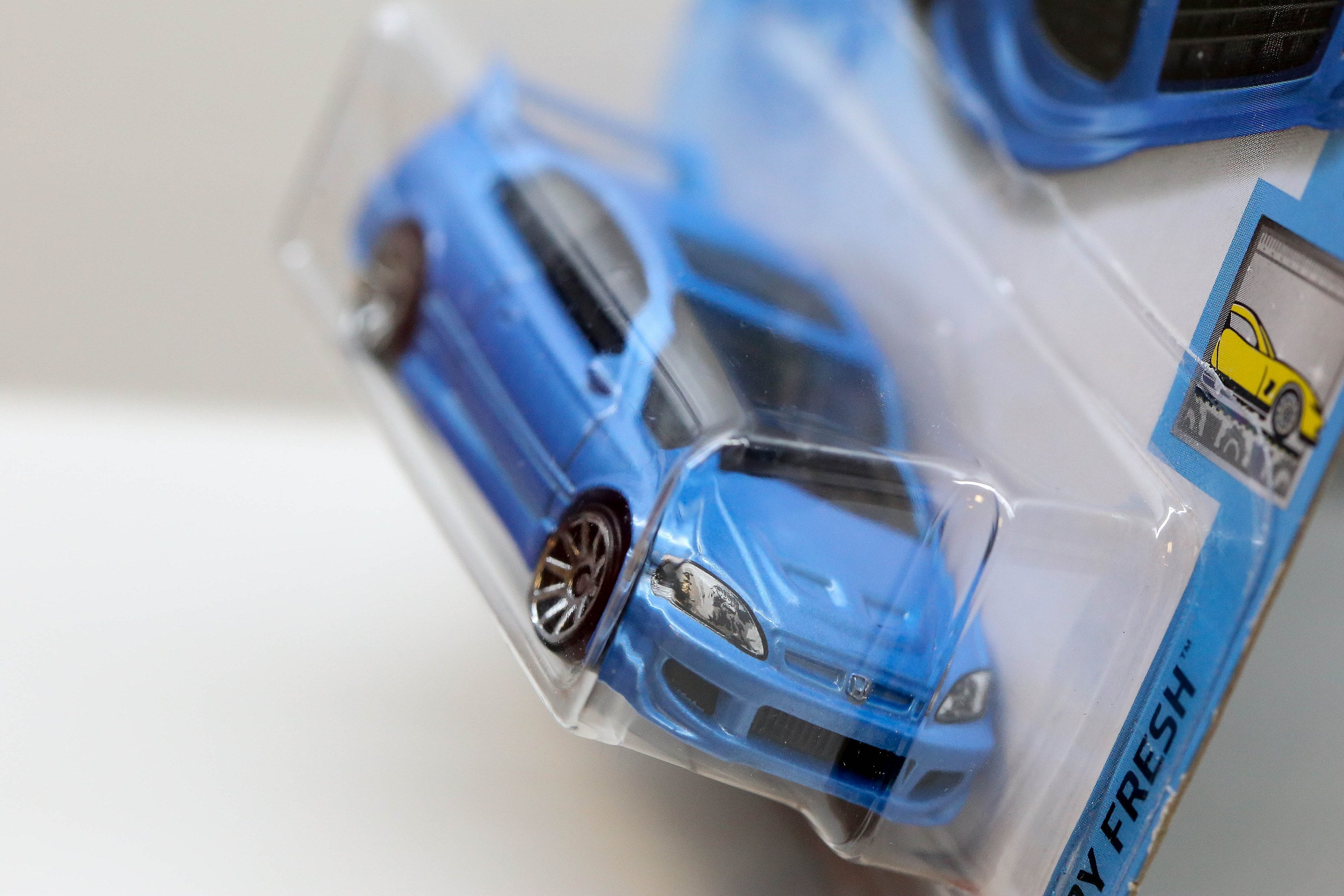 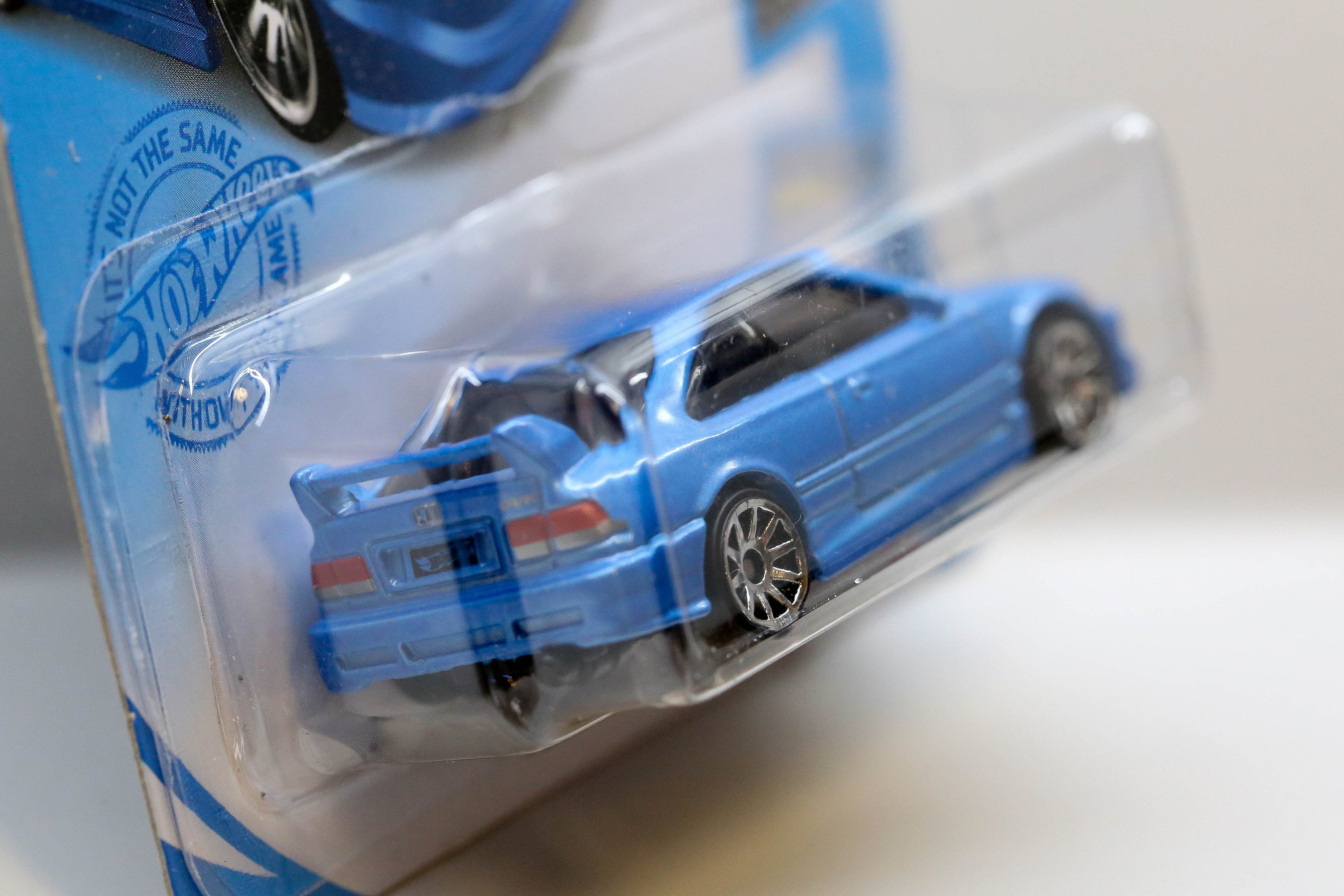 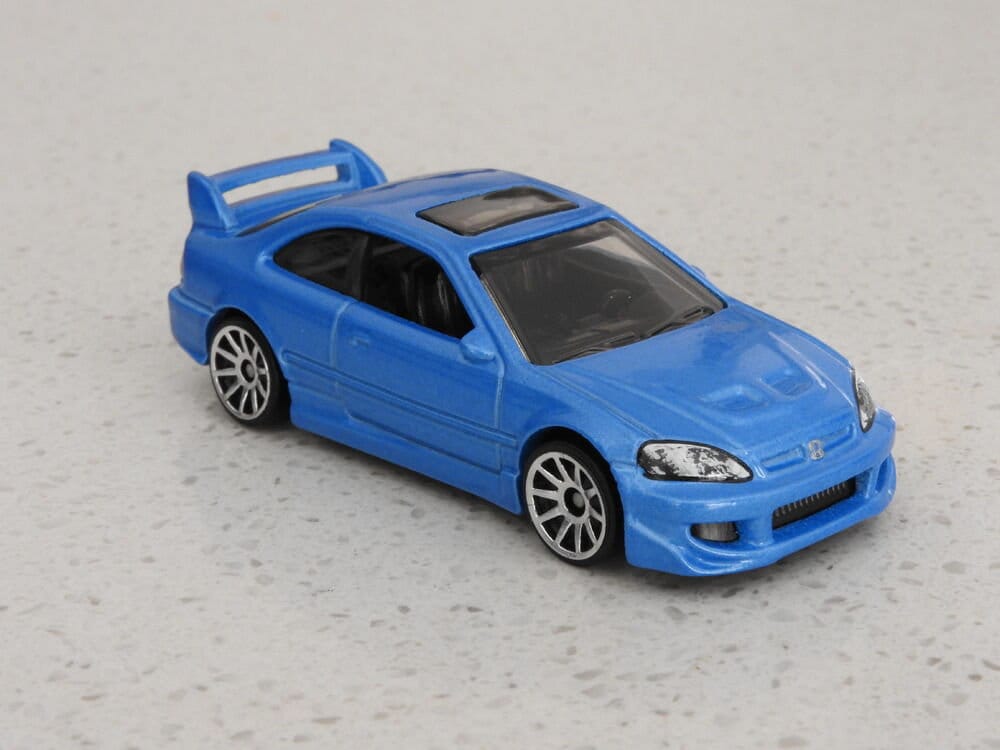 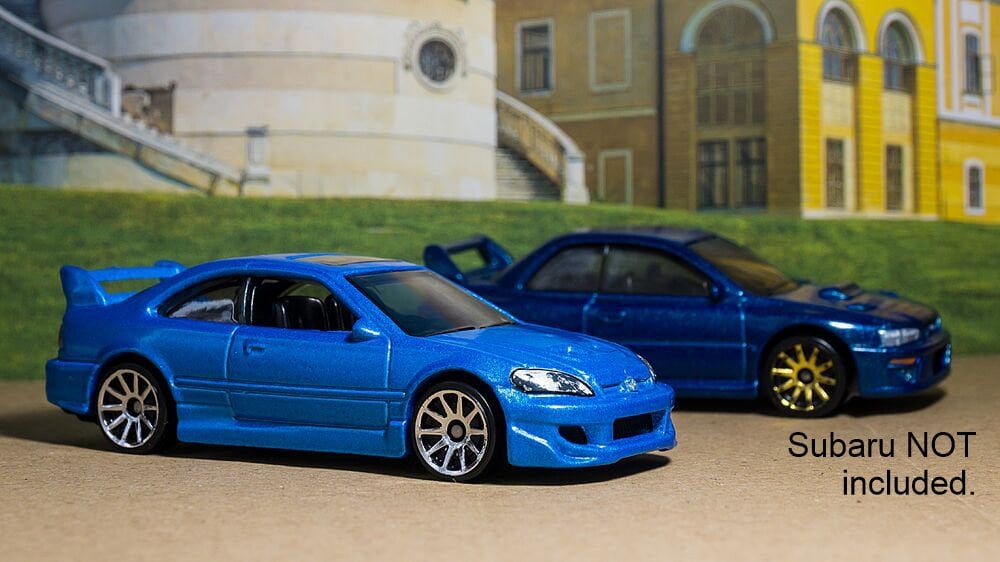 The Honda Civic Si (Japanese: ホンダシビックSi ) is based on the actual production model. It was produced from 1995 to 2000 and came with the an in-line 4 cylinder engine with VTEC option available. It was available in Coupe, 4-Door Saloon (called 'Ferio' in Japan) and hatchback body styles.

The Hot Wheels version is based on the Coupe body style and was the first Honda made by Hot Wheels. It was also one of the first production-based tuners to be released by a diecast manufacturer. It was designed by Super Street Magazine and Dave Martis, and was put in the mainline by Alec Tam with graphics done by Eric Tscherne. It debuted in the 2001 First Editions Series (one year after the real-life version was discontinued).

The casting was retooled for 2021, where, like some other castings, the entire tooling was updated. Changes include the addition of side mirrors and a glass moonroof, the removal of the front passenger windows, a new bodykit with a new hood style, taller rear wing, new interior and lowered ride height. This version of the casting is noticeably shorter than the older version.

The item was in perfect condition and came very quickly

Perfect quality, everything including shipping met all expectations!

As described and quick shipping.