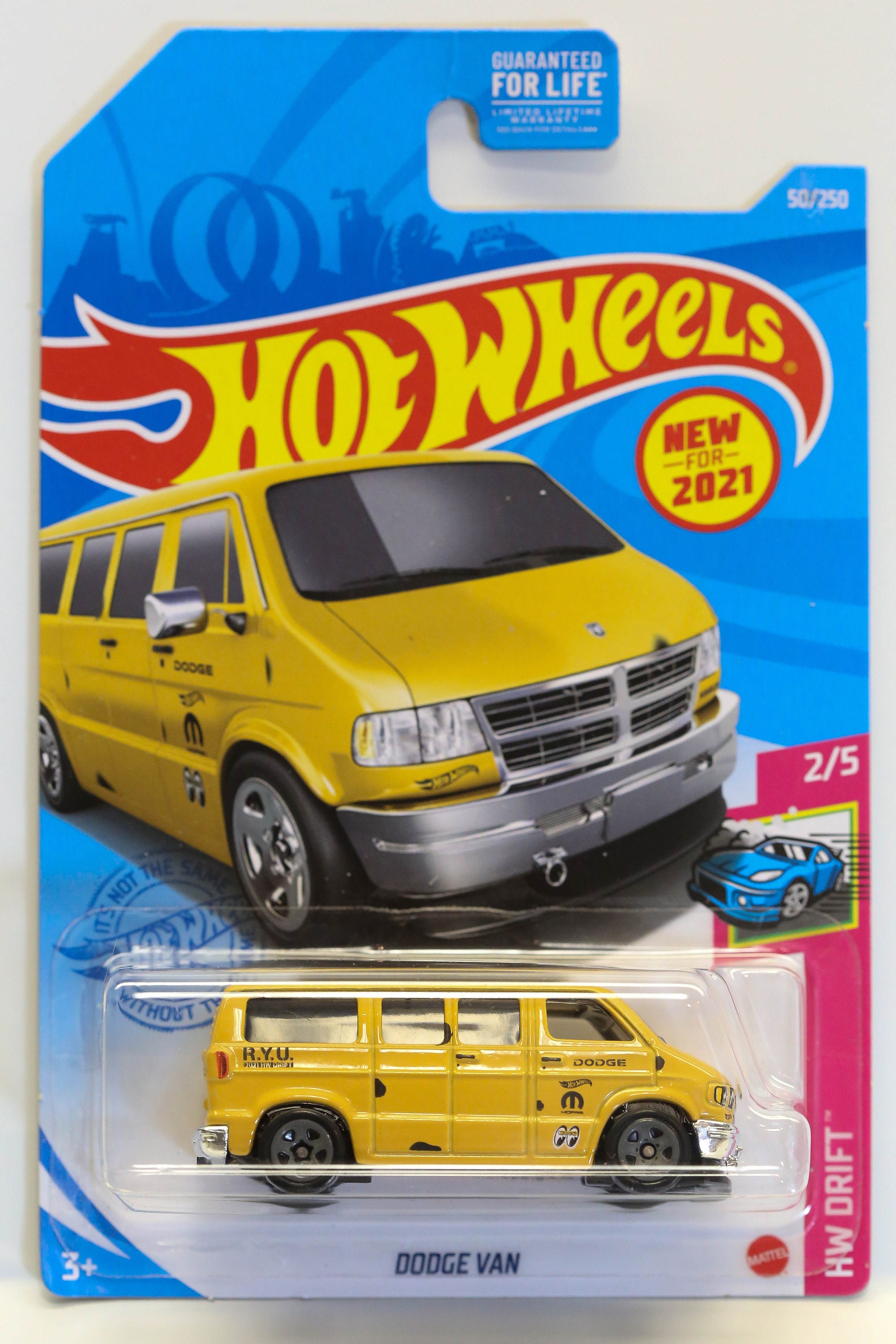 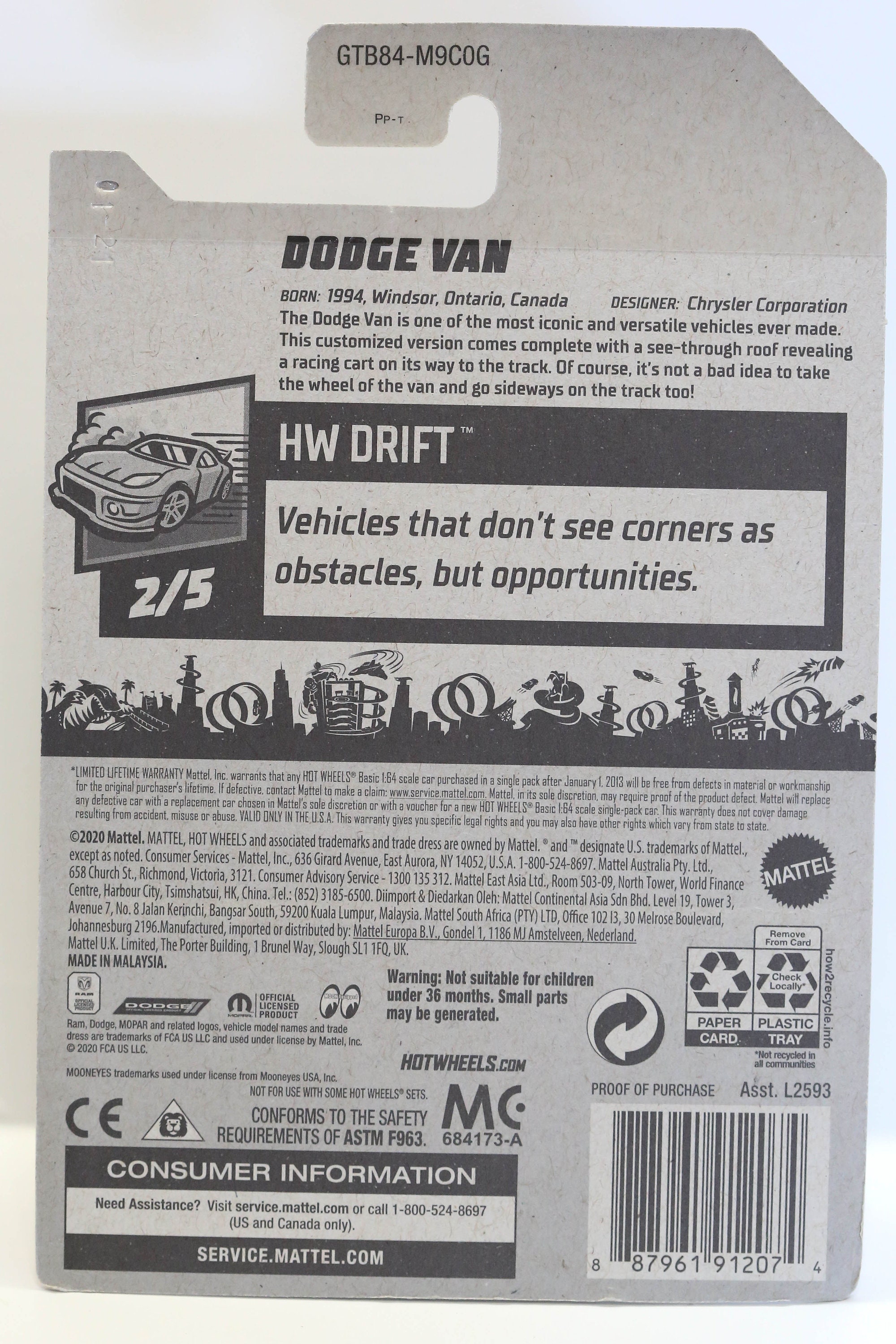 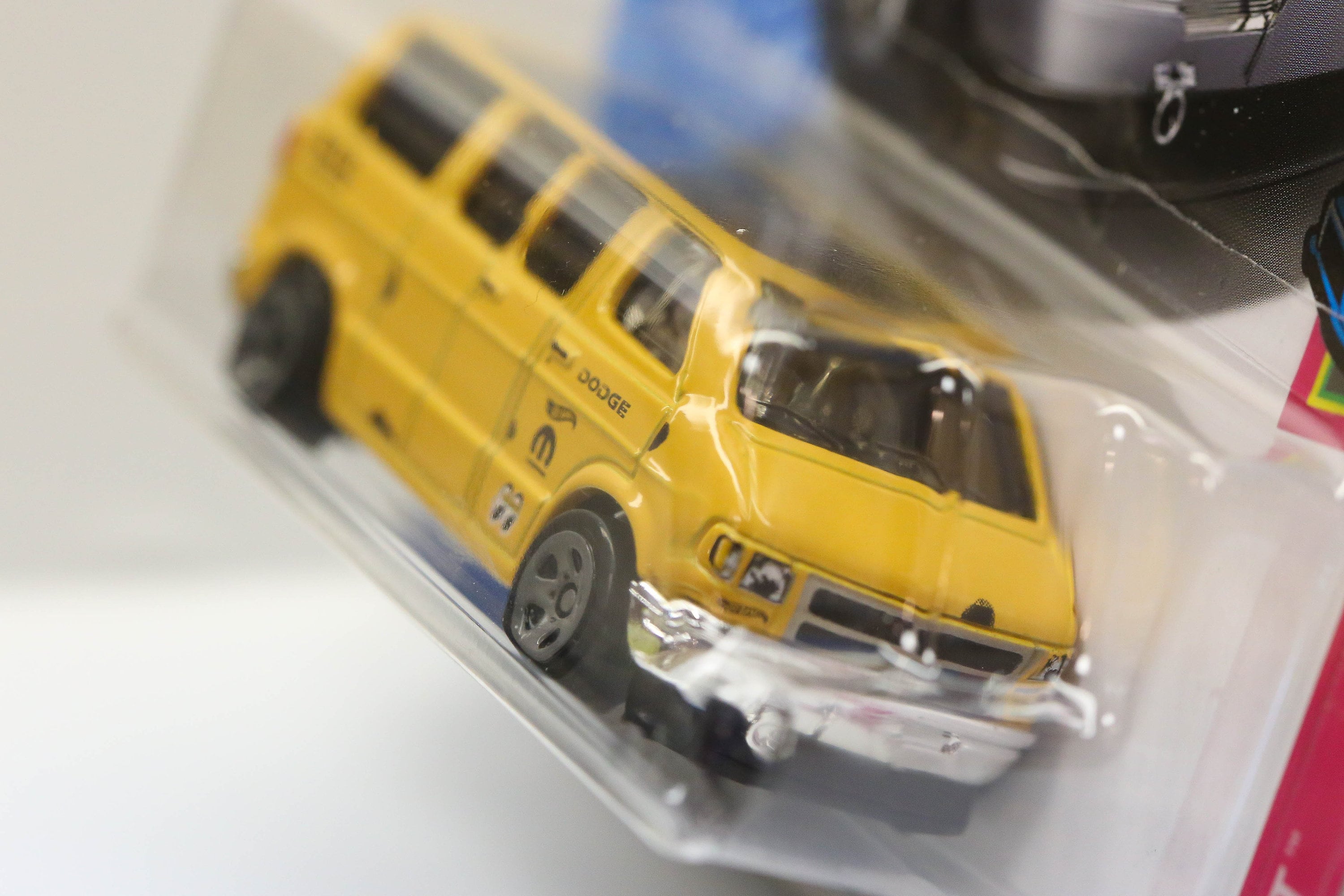 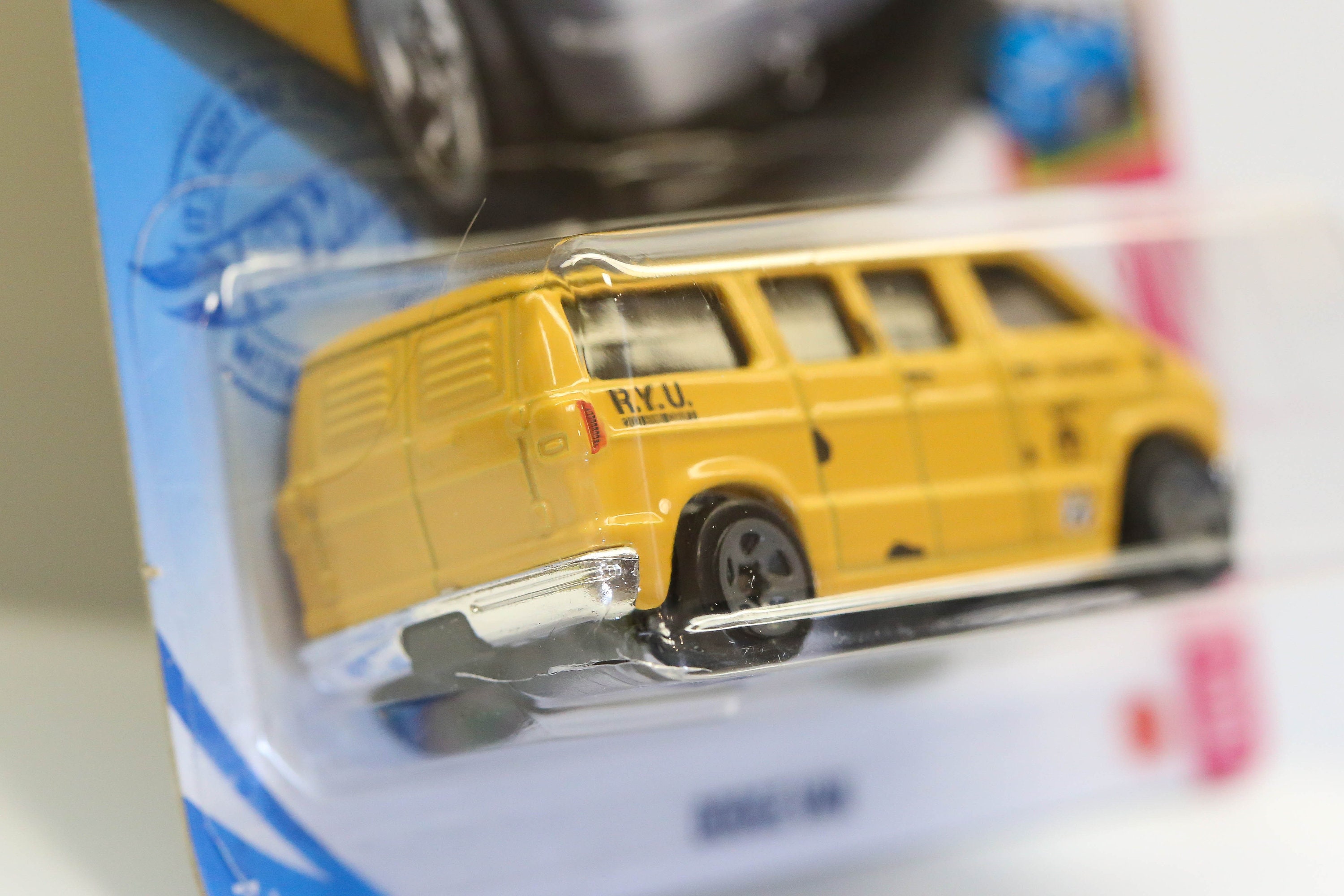 The Dodge Ram Van, officially the B-Series, was a range of full-sized vans produced for the Dodge division of the Chrysler Corporation (later DaimlerChrysler) from 1971 to 2003. Despite being sold over three generations, the overall platform and most of the exterior sheetmetal remained unchanged over 32 years of production. The Ram Van was offered with numerous engines, from the 225 ci (3.7L) slant-6 to the 360 ci (5.9L) Magnum V8.

This casting is based on the third and final generation of the Dodge Ram Van. Even though these vans were never officially sold in Japan, many were imported and a cult following developed there, even spawning a racing scene. They are nicknamed Dajiban (Japanese: ダッジバン Dajjiban), the Japanese phonetic pronunciation of "Dodge van". Many are fitted with the 5.2L Magnum V8.

The Dodge Van is one of the most iconic and versatile vehicles ever made. This customized version comes complete with a see-through roof revealing a racing cart on its way to the track. Of course, it's not a bad idea to take the wheel of the van and go sideways on the track too!