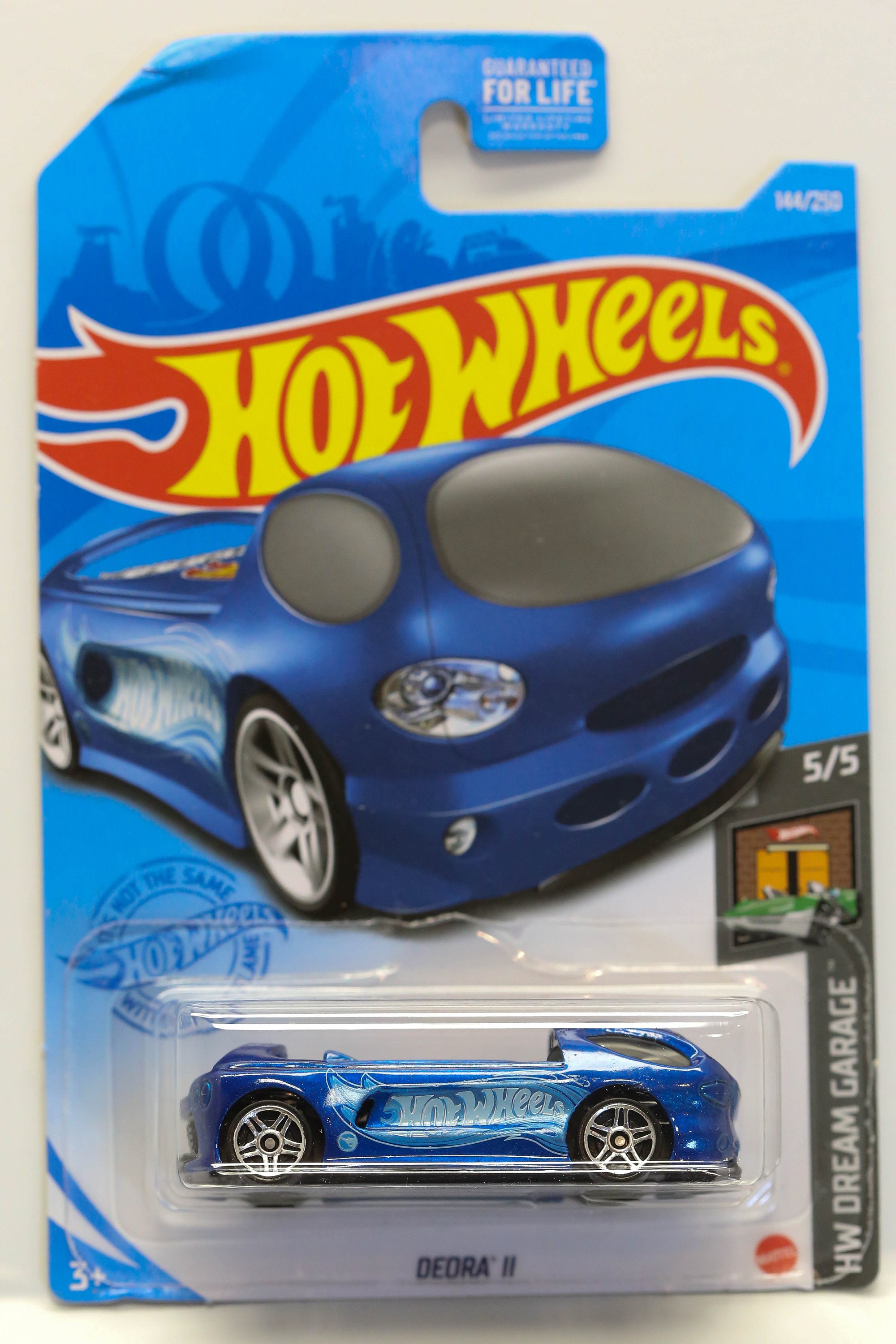 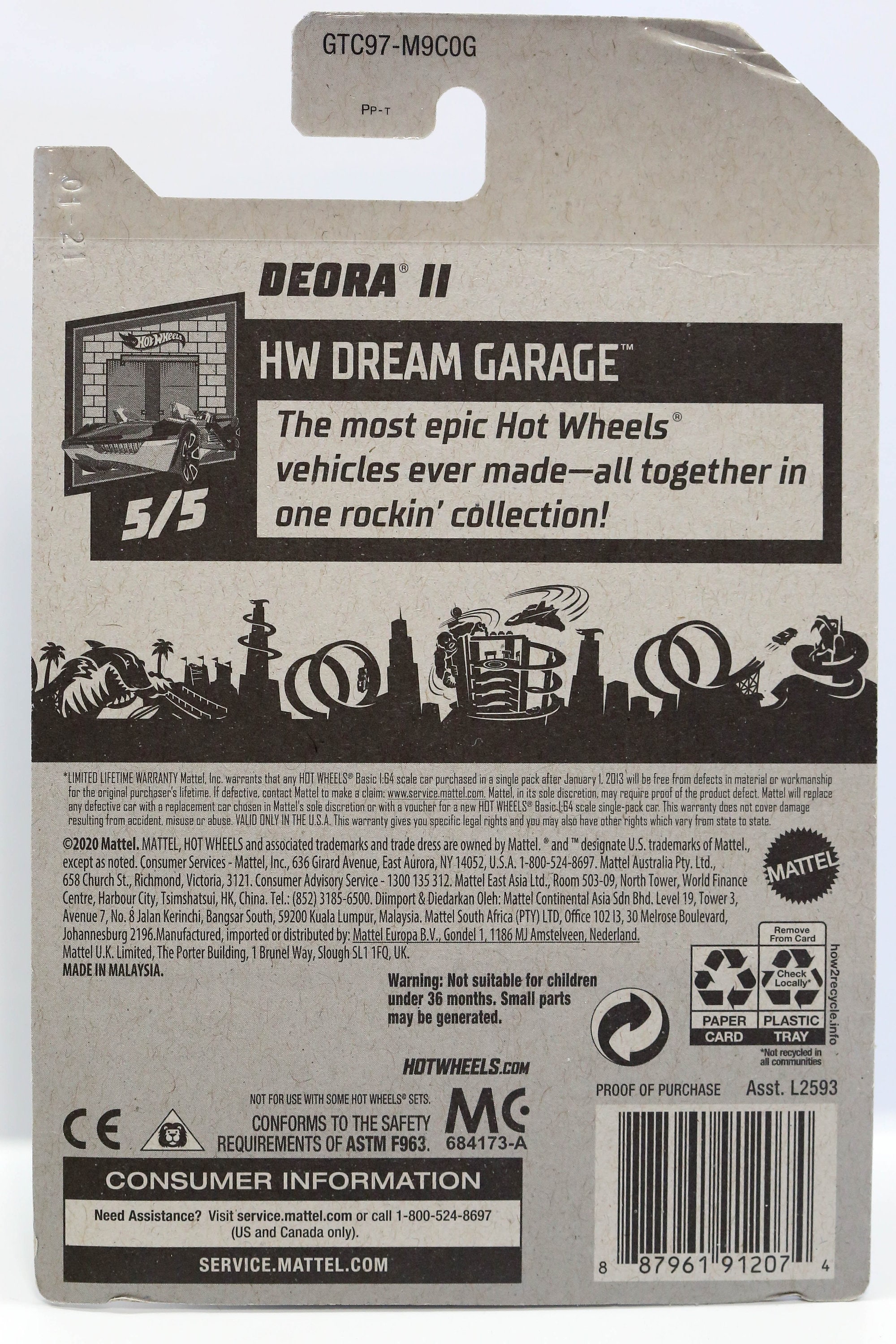 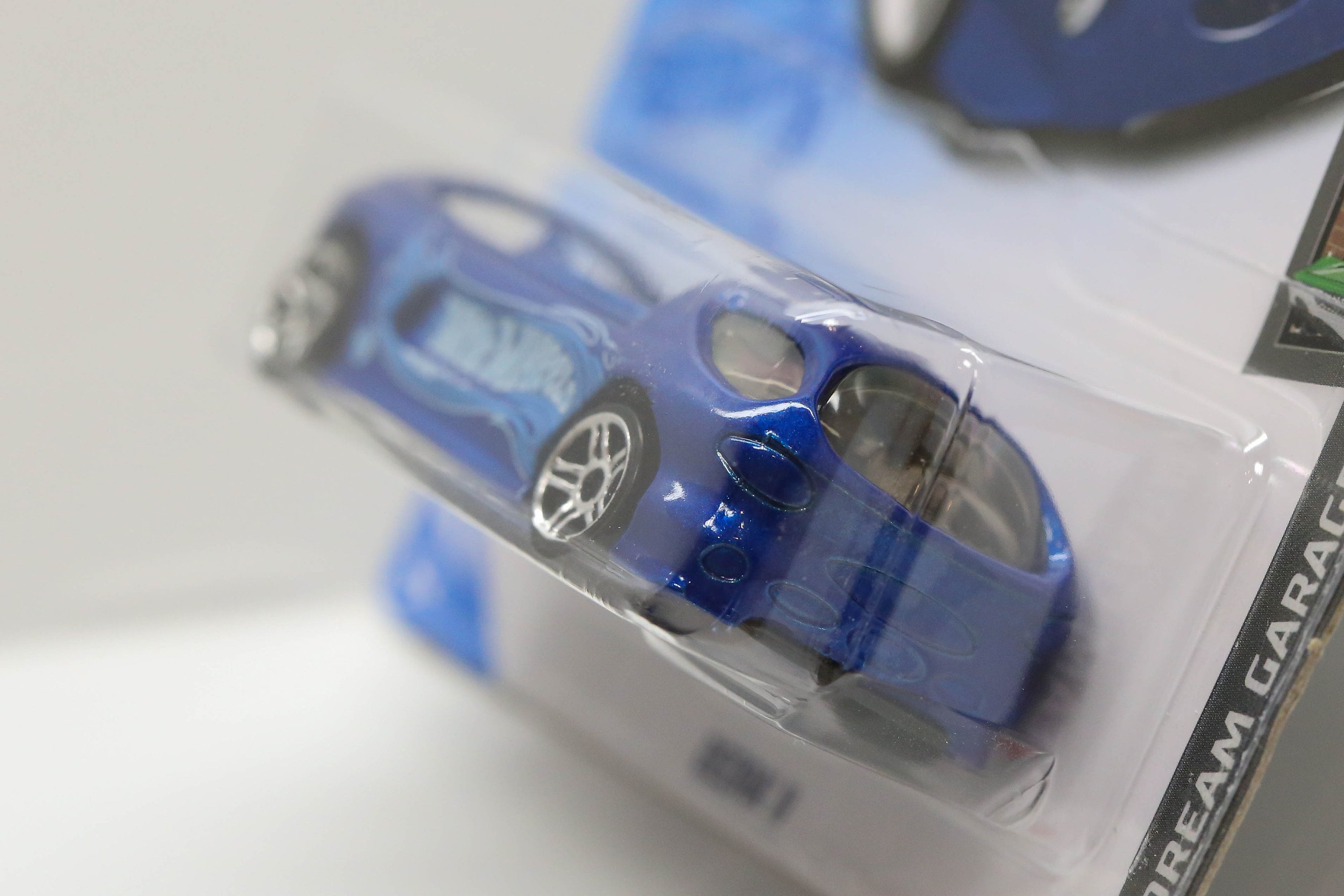 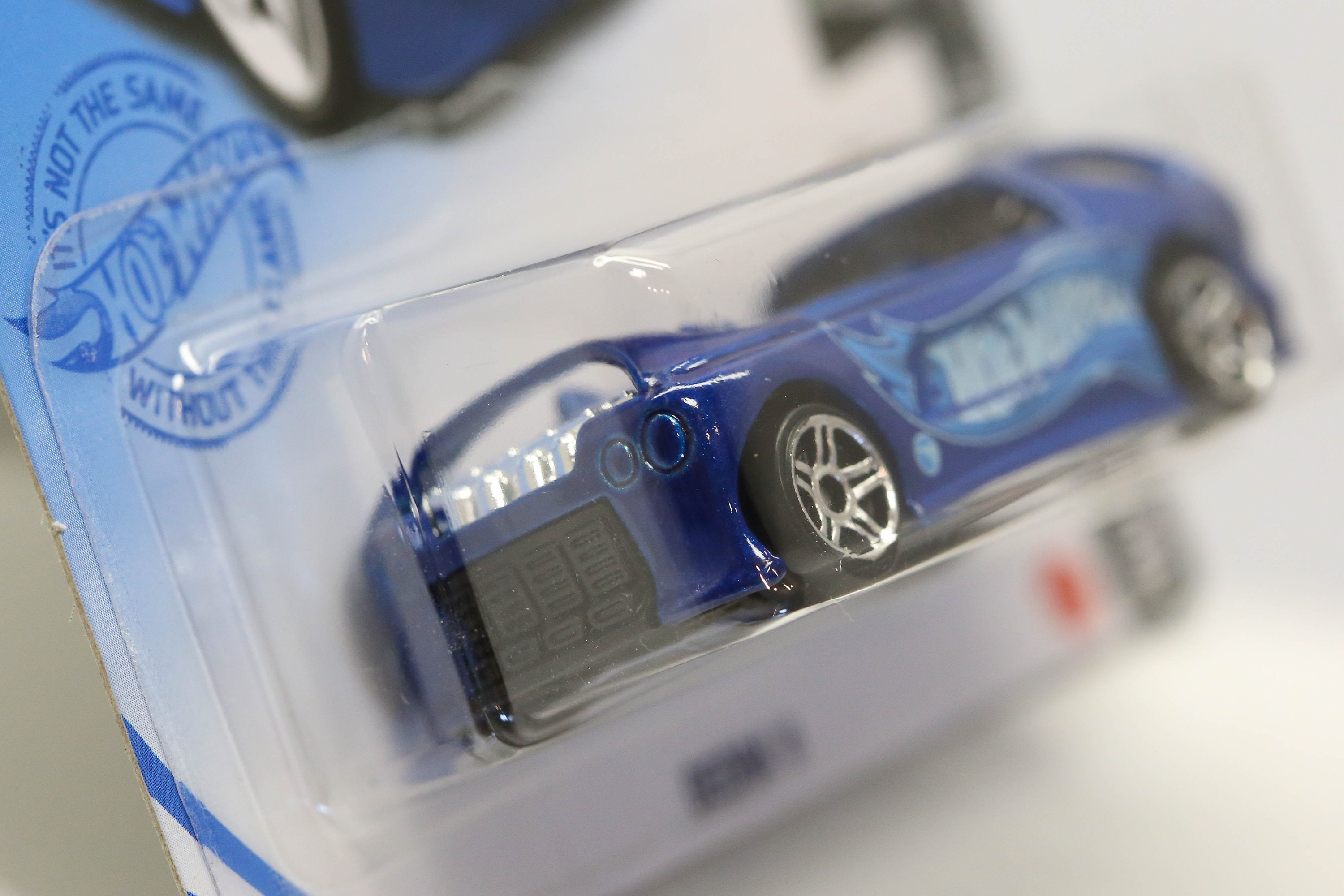 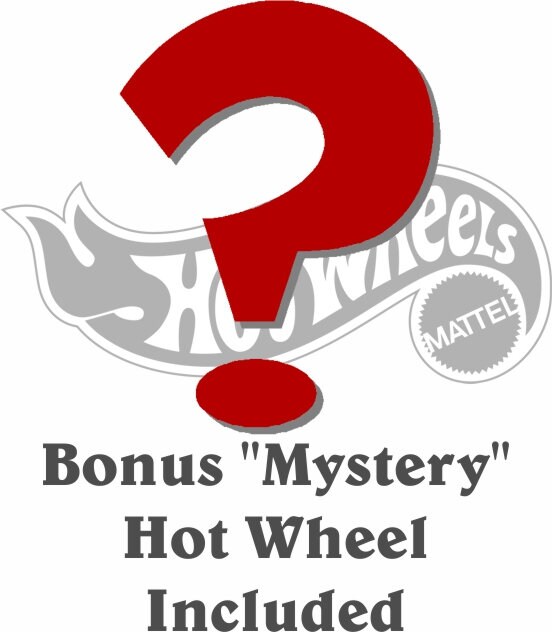 The Deora II was designed by Nathan Proch. The initial Deora II model was inspired by the 1964 Deora showcar and includes similar design elements that have been modernized like surf boards, a spoiler over the engine and an oval windshield. This design, like the Deora, (being based on a 1960 Ford station wagon) is based on an actual production vehicle. Designer Nathan Proch used design cues taken from the rear end of a 1996 Ford Taurus station wagon. The Deora II has swoopy curves contrasting with original Deora's sharp-angled lines

In 2003, as part of Hot Wheels' 35th Anniversary, the Deora II was built into an actual 1:1 scale car. Hot Wheels teamed up with Chip Foose, Five Axis, Mother's, and PPG Industries to pull off this amazing Hot Wheels original design. It was also featured in the Hot Wheels Highway 35 movie

The Deora II was inducted into the Hot Wheels Hall of Fame in 2003 at the Petersen Automotive Museum in Los Angeles, CA. Jay Leno drove the car to the induction with Carson Lev

A little known fact is that the car was actually seen prior to the Hot Wheels Hall of Fame ceremony when it debuted a week earlier at SEMA. The car has also undergone modification from it's launch with KMC Wheels subbed in for the Foose One-off's that match the 1/18th scale model's and the original design of Nathan Proch

Well packaged and came with a sticker and the bonus car that was promised in description.

The car was in perfect condition! Came just in time for Christmas and also received an extra car and free stickers!