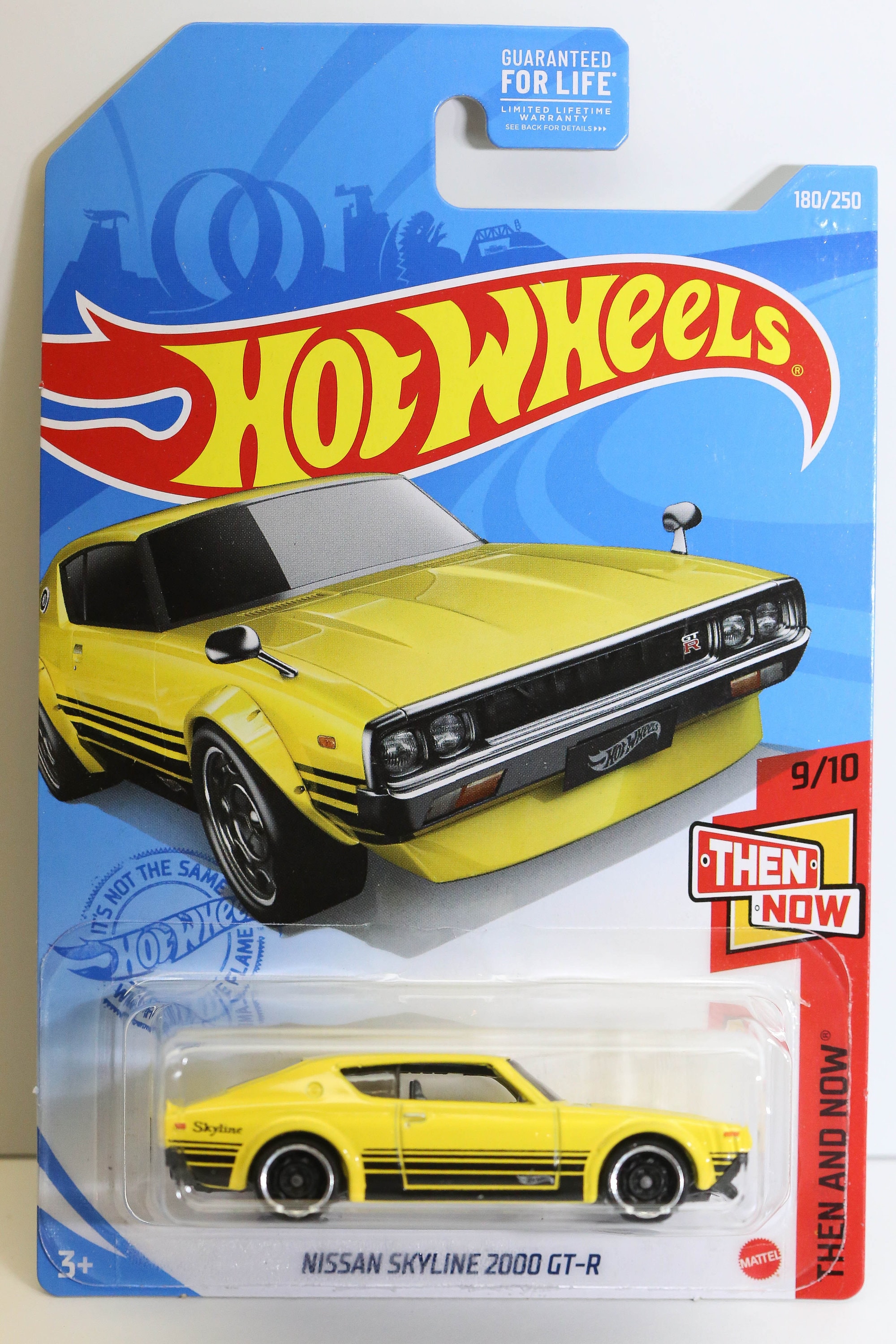 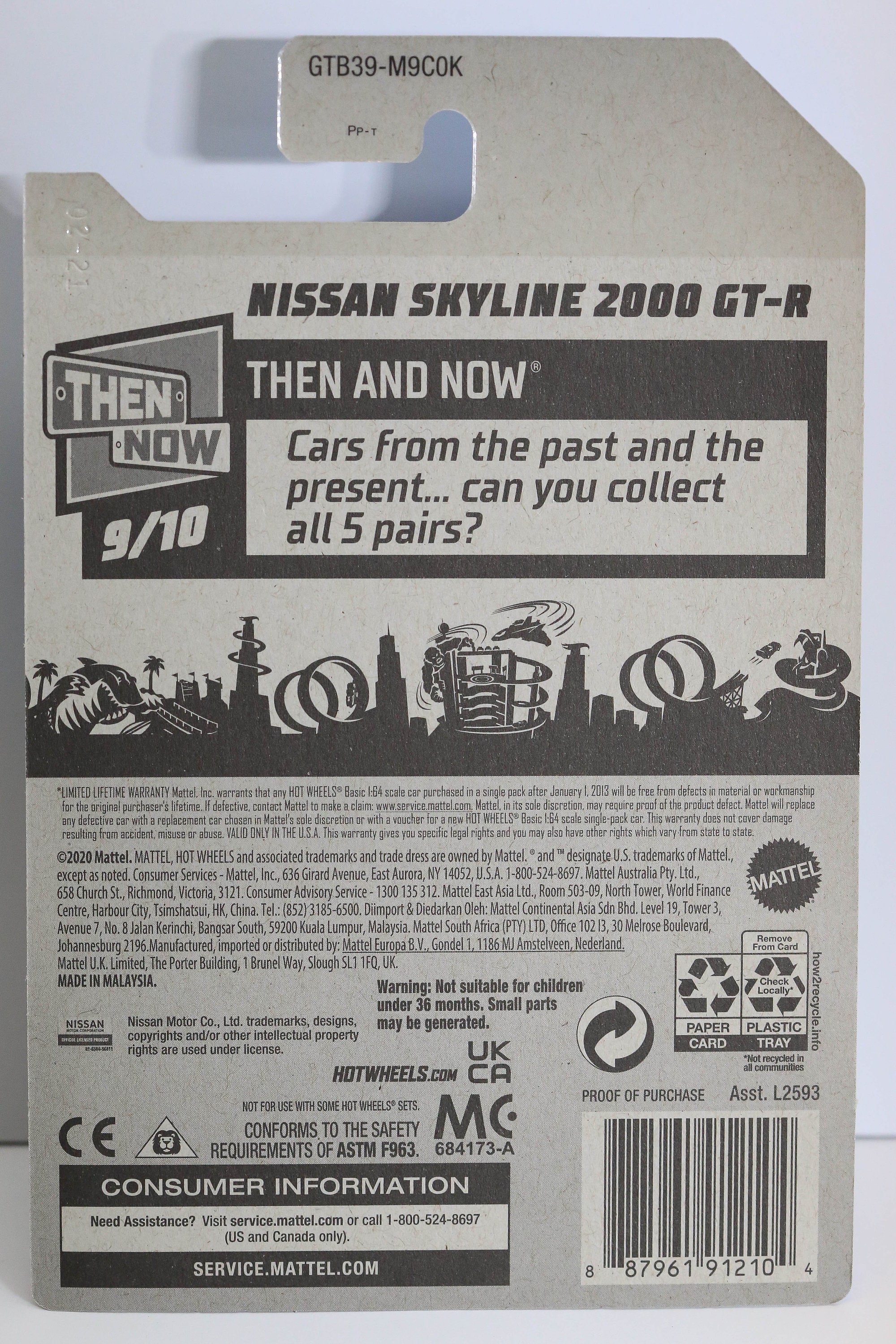 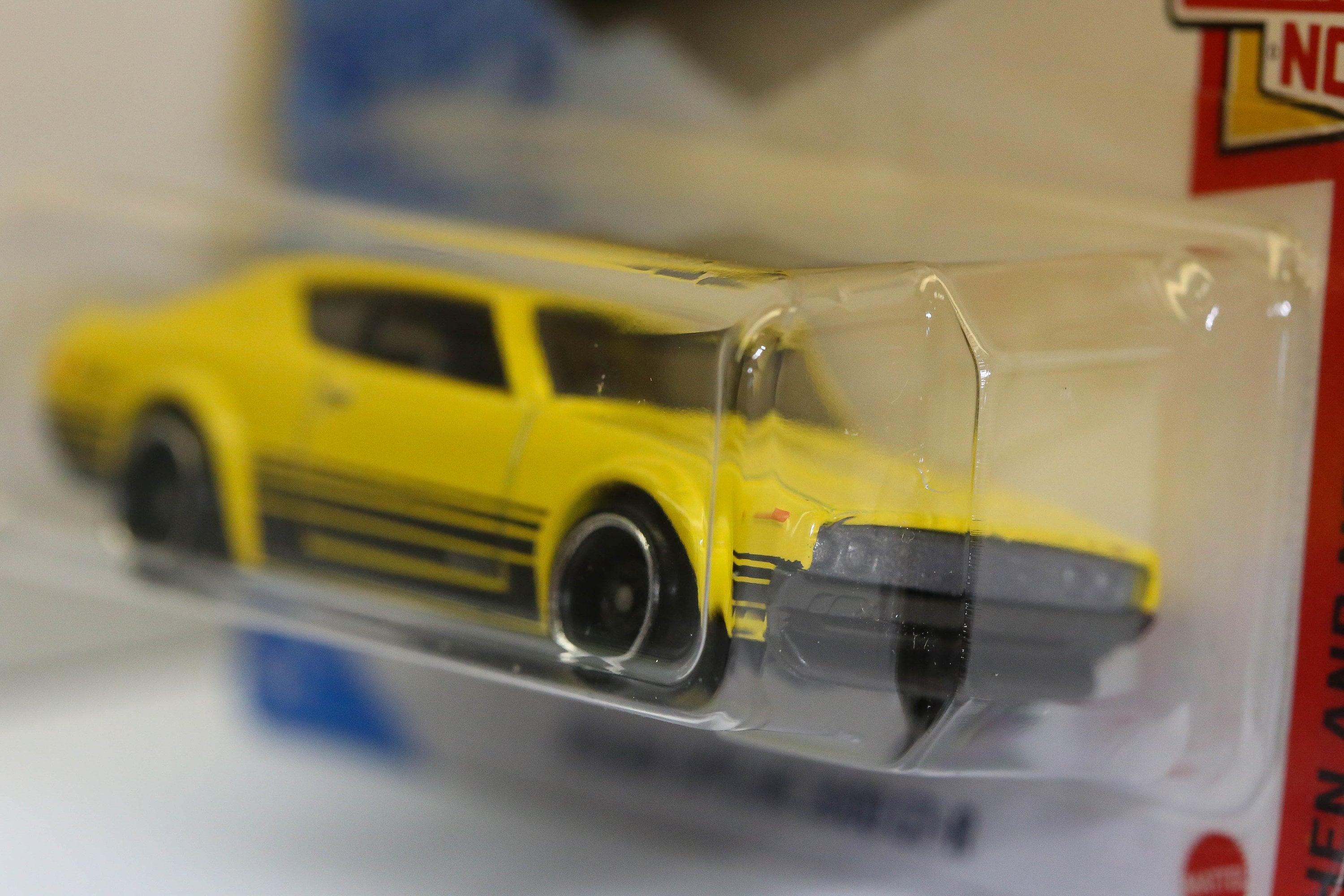 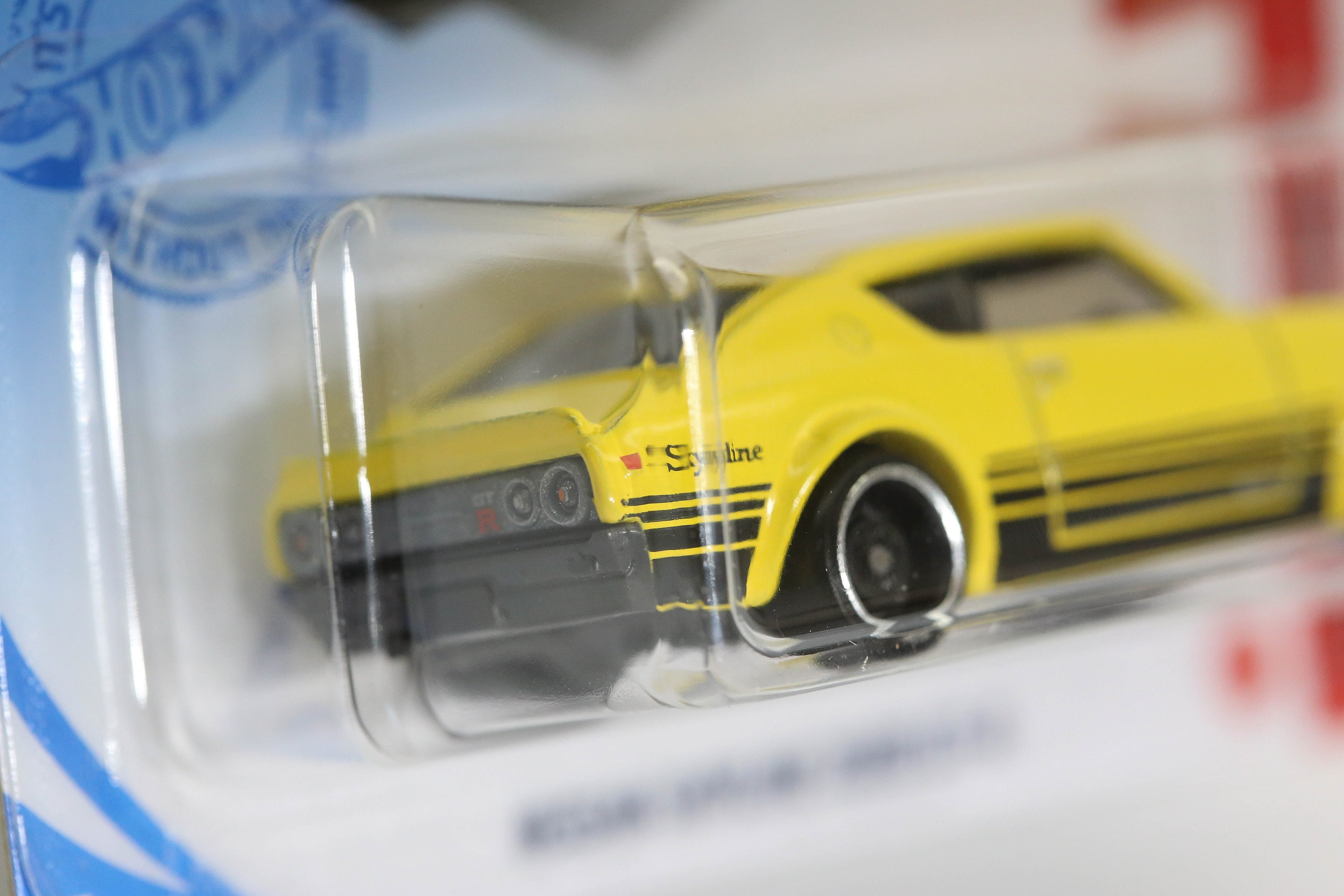 The Nissan Skyline H/T 2000GT-R (Japanese: 日産スカイライン二千GT-R) was produced in Japan from 1972-1973 as a special sports variant of the C110 Skyline, the successor to the "Hakosuka" Skyline GT-X, which was from the First (C10) Generation of the Nissan Skyline. Commonly nicknamed "Kenmeri" after the Skyline called "Ken and Mary's Skyline" used in TV advertising in Japan, this was also the last GT-R variant of the Skyline produced before the introduction of the R32 GT-R in 1989. Only 197 of this special sports car were produced, as the oil crisis of 1973 struck Japan almost as much as it did the US. The 2000GT-R was sold only at specialty dealerships in Japan and the 2000GT-R version was exclusively sold in Japan.

This casting is right-hand drive, as is the standard for Japanese Domestic Market (JDM) vehicles.

The car looks good and the bonus hotwheel was cool.